Pope John Paul II could be made a saint as early as December.

John Paul has cleared the final obstacle towards sainthood and is now awaiting approval from Pope Francis.

A commission of cardinals and bishops met to consider the case and formally approved the canonisation.

One possible date is 8 December, the feast of the Immaculate Conception. This year the feast falls on a Sunday, which is when canonisations usually occur.

A Vatican official confirmed reports that John Paul could be canonised together with Pope John XXIII, who called the Second Vatican Council but died in 1963 before it was finished.

John Paul has been on the fast track for possible sainthood since his death in 2005, but there remains some concern that the process has been too quick.

Some of the Holy See's deep-seated problems - clerical sex abuse, dysfunctional governance and more recently the financial scandals at the Vatican bank - essentially date from shortcomings of his pontificate.

Many Poles have been awaiting the final steps of John Paul's progress, which has been pushed for by Cardinal Stanislaw Dziwisz, the Polish pope's long-time private secretary.

"We should be very happy if it is confirmed," the cardinal’s spokesman, Rev Robert Necek said.

"This is the next and the last step towards canonisation. It will be presented to Pope Francis and the pope will take the appropriate decision." 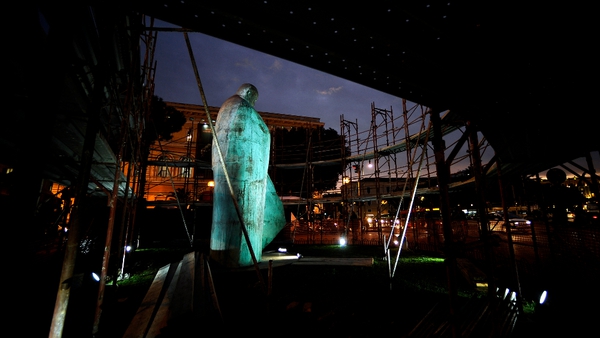