A plane carrying the Bolivian President was rerouted to Austria after France and Portugal refused to let it cross their airspace because of suspicions that NSA whistleblower, Edward Snowden was on board.

Foreign Minister David Choquehuanca denied that Mr Snowden was on the plane, which landed in Vienna, and said France and Portugal would have to explain why they cancelled authorisation for the flight.

"We don't know who invented this lie. We want to denounce to the international community this injustice with the plane of President Evo Morales," Mr Choquehuanca said.

Mr Morales has previously said that Bolivia would be willing to consider granting asylum to Mr Snowden.

The rerouting of the presidential plane came as a string of countries appeared to offer Mr Snowden little hope of asylum.

Venezuelan President Nicolas Maduro told  reporters that his country has not received an application for asylum and dodged the question of whether he would take Mr Snowden with him when he left.

"He did not kill anyone and did not plant a bomb," Mr Maduro said ahead of his meeting with Vladimir Putin.

"What he did was tell a great truth in an effort to prevent wars. He deserves protection under international and humanitarian law."

Mr Snowden, who recently turned 30, withdrew a bid for asylum in Russia when he learned the terms Moscow had set out, according to Mr Putin's spokesman Dmitry Peskov.

The Russian president said the country was ready to shelter Mr Snowden as long as he stopped leaking US secrets.

At the same time, Mr Putin said he had no plans to turn over Mr Snowden to the United States.

He has applied for asylum in Venezuela, Bolivia and 18 other countries, including Ireland.

Taoiseach Enda Kenny told the Dáil that only applications made within the country can be considered.

Mr Kenny said that if a valid asylum application is received, it will be processed in the normal way.

He confirmed that Mr Snowden has written to the Irish Embassy in Moscow seeking asylum, but that such applications are not accepted from people who are outside the country.

Many other European countries - including Austria, Finland, the Netherlands, Norway, Spain and Switzerland - said he would have to make his request on their soil. 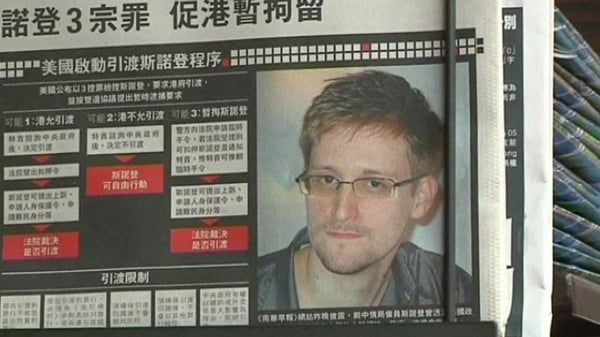