Former US spy agency contractor Edward Snowden has broken his silence for the first time since he fled to Moscow eight days ago.

In a letter to Ecuador Mr Snowden said he remains free to make new disclosures about US spying activity.

The whistleblower said the United States was illegally persecuting him for revealing its electronic surveillance programme, PRISM.

He also thanked Ecuador for helping him get to Russia and for examining his asylum request.

"I remain free and able to publish information that serves the public interest," Snowden said in an undated Spanish-language letter sent to President Rafael Correa of Ecuador.

"No matter how many more days my life contains, I remain dedicated to the fight for justice in this unequal world.

"If any of those days ahead realise a contribution to the common good, the world will have the principles of Ecuador to thank," part of the text read, according to a translation.

Mr Snowden, who is believed to be holed up in the transit area of a Moscow airport, complained that the United States was illegally pursuing him for an act he said was in the public interest.

"While the public has cried out support of my shining a light on this secret system of injustice, the government of the United States of America responded with an extrajudicial man-hunt."

He said this had cost him, “my family, my freedom to travel, and my right to live peacefully without fear of illegal aggression.”

In an additional statement released through Wikileaks, Mr Snowden said President Barack Obama was pressuring other world leaders to deny his asylum request. 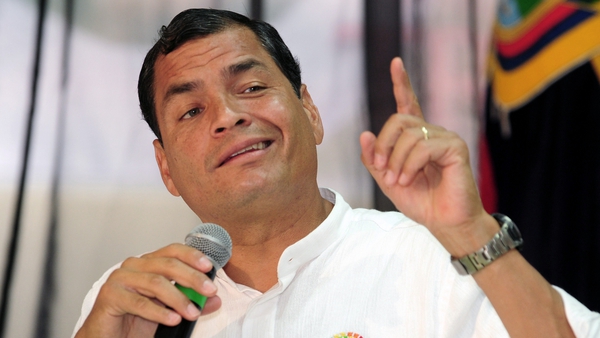