The Magdalene Survivors Together group has asked the United Nations to hold a one-day forum in which women who lived and worked in the laundries can tell their stories of alleged abuse in public for the first time.

The move is aimed at putting pressure on the Government to amend the terms of its compensation package, which was announced last week.

The group made the request on Friday, when it contacted the office of the chairman of the United Nations Committee against Torture (UNCAT), Felice Gaer.

Speaking to RTÉ, Steven O'Riordan of the Magdalene Survivors Together said that the group believed that the compensation on offer did not meet the women's demands for recognition of the alleged abuse and suffering which they claim to have endured in the laundries.

UNCAT chairman Felice Gaer told RTÉ that the committee has the facility to take evidence ahead of its next scheduled meeting in November when it would discuss Ireland's response to the Magdalene Laundries issue.

However, Sally Mulready, a councillor in London who works with Magdalene survivors in the UK and who is also a member of the Council of State, told RTÉ that she believed many of the women wished to accept the settlement on offer and to "get on with their lives".

She said it would be up to the women themselves if they wished to engage with the UN but she had never come across any of the women who expressed a desire to do so as a means of advancing the Magdalenes issue.

She expressed concern that if UNCAT agreed to hold this one-day forum it could cause anxiety and stress among the women who might believe that this would delay the process further, she said.

The Government last week published in full the recommendations of Mr Justice John Quirke, who was tasked with proposing an ex-gratia scheme and other supports to assist the women.

Around 600 women will be eligible to avail of lump sum payments of up to €100,000 based on the length of time they spent in the laundries.

Other supports include medical cards and other social welfare assistance.

Justice Minister Alan Shatter last week said that by accepting the recommendations contained in Judge Quirke's report, the Government had "not only acknowledged the painful past experiences of the Magdalene women but are taking steps to address, in very real and practical ways, their present and future needs". 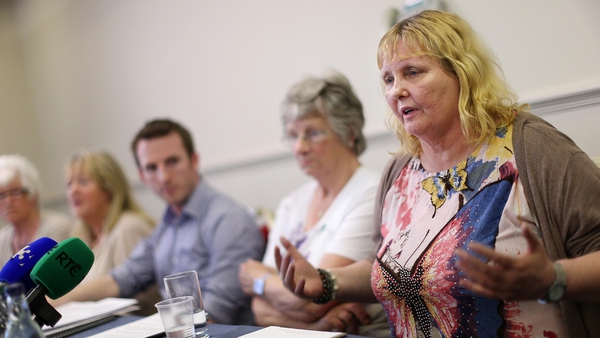 Magdalene laundry compensation fund to cost up to €58m