The Government has announced details of a package set up to right the wrongs suffered by women who lived in the Magdalene laundries.

The payments will range from €11,500 for women who spent three months or less in a laundry, to a maximum of €100,000 for those who were in a laundry for ten years or more.

Minister for Justice Alan Shatter said payment of these sums is not dependent on proof of hardship, injury or abuse.

Around 600 survivors are to receive forms by post to enable them to apply for the scheme.

The Government expects the scheme to cost between €34.5 million and €58 million.

All payments will be exempt from tax and means testing.

Relatives of the deceased are not covered by the scheme, unless they had registered an expression of interest before 19 February 2013, on behalf of a woman who was alive on or after that date.

The report is based on recommendations by Mr Justice John Quirke, who was asked by the Cabinet to devise eligibility criteria and other aspects of a non-adversarial scheme.

The former residents of the laundries will also receive a range of supports, including an enhanced medical card and pension.

Any payments already made under the Residential Redress Scheme will not be taken into account.

Mr Shatter said Cabinet ministers will be very disappointed if the four congregations who owned the laundries do not make a contribution towards the cost of the redress scheme.

He said the taxpayer will also expect them to share the burden.

Mr Shatter refused to be drawn on how much he expected the congregations to contribute, and said he believed in giving people a little space to respond.

He said he and his colleague Minister of State Kathleen Lynch had met representatives of the congregations twice in the past two weeks.

The minister said many of the nuns had not served in the laundries run by their order, but were anxious to meet the women who passed through them.

Former residents of the Magdalene Laundries have expressed disappointment at the scheme.

Members of Magdalene Survivors Together said they were also angry that the religious orders that owned the laundries were not making a contribution towards the cost of the scheme.

In February, Mr Justice Quirke was asked by the Government for proposals to set up a scheme to compensate the women for their experience and also to bring some "healing" to the process.

Mr Kenny apologised unreservedly on behalf of the State to the survivors of the laundries earlier this year.

The apology came after the publication of the report of the committee investigating State involvement with the laundries between 1922 and 1996.

It found that the State was directly involved in the running of the laundries, with just over one quarter of referrals made by or facilitated by the State.

Four congregations ran Magdalene Laundries: The Sisters of Our Lady of Charity, the Mercy Sisters, the Sisters of Charity and the Good Shepherd Sisters.

The Sisters of Our Lady of Charity of Refuge welcomed the report and said they were willing to meet any women who "spent time with us" and work with them in the "interest of reconciliation and healing".

In a statement, the Sisters of Mercy described the report as a timely follow up to the publication of the McAleese Report.

The congregation welcomed the establishment of a dedicated unit to provide ongoing support and assistance to former residents.

The Good Shepard Sisters said they hoped the findings of the report, along with the McAleese Report, will bring healing to the many women who spent time "in our care". 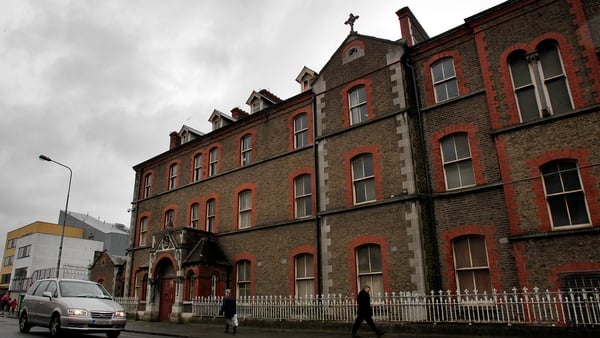