The US Senate has passed a wide-ranging immigration bill that would put 11 million foreigners living illegally in the US on a path to American citizenship.

The bill, backed by President Barack Obama, would invest $46 billion in new funding to increase border security and revamp the US visa system.

But it faces strong opposition in the House of Representatives, where many Republicans oppose giving legal status and eventual citizenship to the 11 million.

The Senate's vote fell two votes short of what some of its main backers had said was necessary to pressure the House of Representatives to act.

The Senate voted 68-32 for the bill, giving more than two-thirds support in the 100-member chamber.

Earlier, backers said they were pushing to get 70 votes to help sway the more conservative House to consider it.

Yet backers insisted that they were happy with 68-32 tally, saying it demonstrated broad bipartisan support, and eight more than the 60 that is traditionally needed to clear procedural roadblocks.

President Obama urged the House of Representatives to follow the Senate's lead and approve the sweeping overhaul of US immigration laws.

"Today, the Senate did its job. It's now up to the House to do the same," Mr Obama said in a statement issued from Dakar, Senegal, where he is traveling.

Enactment of the immigration plan would mark a substantial achievement for the start of Mr Obama's second term.

He urged those Americans who support the measure to contact their elected representatives to press them to vote for it.

"Now is the time when opponents will try their hardest to pull this bipartisan effort apart so they can stop commonsense reform from becoming a reality. We cannot let that happen," he said.

"If you're among the clear majority of Americans who support reform - from CEOs to labour leaders, law enforcement to clergy - reach out to your member of Congress. Tell them to do the right thing," Mr Obama said.

Tanáiste and Minister for Foreign Affairs Eamon Gilmore welcomed the Senate's approval of the bill describing it as a very positive development.

He said he also welcomed the provisions in the bill to address the "concerns of our undocumented and the specific E3 provisions for Ireland that provide a legal pathway for the future." 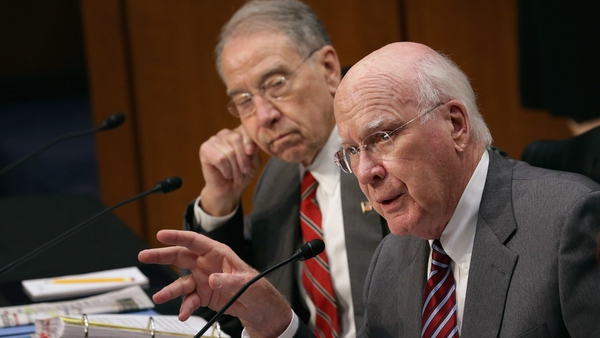