A Department of Education report has recommended the establishment of 23 multi-denominational primary schools across the country to meet what it calls immediate parental demand.

The study surveyed the parents of children under 12 in 38 towns and suburbs.

It says Catholic bishops in the 23 areas should now be asked to consider re-configuring their existing schools to free up accommodation for the new alternatives.

The places surveyed are all areas of stable population growth where the number of primary school places is adequate but where choice is limited.

In most cases there are just Catholic and sometimes Church of Ireland schools.

The aim of the detailed questionnaires was to measure demand for greater choice.

Because of varied response rates, it is impossible to calculate precise figures, but the results indicate that the parents of about 8% of children overall want change.

That percentage fluctuates from area to area.

The study finds that in 23 areas demand for change is such that a new multi-denominational school is required immediately.

There is also demand for change in the other areas, but it has been deemed not big enough to support a four-teacher school.

The report recommended that 20 of the new multi-denominational schools be run by Educate Together.

A previous study of five areas recommended that an Educate Together school be opened in each one.

Chairperson of Catholic Schools Partnership Fr Michael Drumm has also welcomed the results of the survey.

Speaking on RTÉ's News at One, Fr Drumm said that the survey has given an assessment of parental demand for the first time.

He said he believes that parents should be offered a choice of school for their children where possible.

Fr Drumm said it was "perfectly reasonable" to expect that the process of re-configuring schools should be under way by September 2014.

However, he warned against rushing the process and said it should be done in consultation with local communities and on a phased basis where necessary.

Earlier, Minister for Education Ruairi Quinn said that he expects suitable school buildings to be identified for multi-denominational schools within six months.

Speaking on RTÉ's Morning Ireland, Mr Quinn said that after the bishops identify a suitable school within the various towns, arrangements will be made for the orderly transfer of the patronage of that school back to the Department of Education. 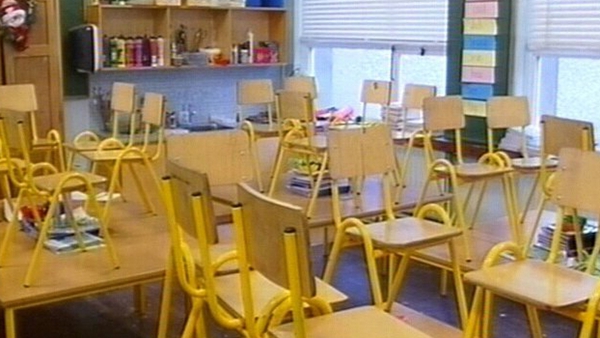