A member of the Swiss Guard has closed the doors of Castel Gandolfo signifying the end of Pope Benedict XVI's pontificate.

The Pope said a final public farewell at the papal summer residence this afternoon.

He told a crowd in front of the residence outside Rome that he was preparing to enter the last phase of his life.

"As you know today is different to previous ones. I will only be the supreme pontiff of the Catholic Church until 8pm," he said.

"After that I will simply be a pilgrim who is starting the last phase of his pilgrimage on this earth."

The Pope arrived at Castel Gandolfo after a short helicopter flight from the Vatican.

The white Italian air force helicopter lifted off from the Vatican's heliport shortly after 4pm to fly the 85-year-old to the papal residence.

Before boarding the helicopter, the Pope said goodbye to monsignors, Vatican staff and Swiss guards in the San Damaso courtyard of the Holy See's apostolic palace.

Addressing cardinals on his final day in office, he called for the church to unite behind his successor.

The Pope pledged his own "unconditional" obedience to the next pontiff.

He shocked the world earlier this month by announcing he was to resign on grounds of age and increasing frailty.

Addressing cardinals this morning, he said: "I will continue to be close to you in prayer, especially in the next few days ... as you elect the new pope to whom I today declare my unconditional reverence and obedience.

"In these past eight years we have lived with faith beautiful moments of radiant light in the path of the church as well as moments when some clouds darkened the sky.

"We tried to serve Christ and his Church."

Benedict's papacy was dogged by sex abuse scandals, leaks of his private papers and reports of infighting among his closest aides.

Benedict, who was elected in 2005 following the death of John Paul II, held his last general audience in St Peter's Square yesterday in front of a huge crowd.

He recalled moments of "joy and light", but also times of difficulty when "it seemed like the Lord was sleeping".

Benedict will now be known as "Pontiff emeritus" or "Pope emeritus" and will keep the name of "His Holiness, Benedict XVI".

He will dress in a white cassock without the mozzetta, or elbow-length cape, but will no longer wear the red papal shoes.

His "Fisherman's Ring", the special signet ring that contains the Pope's name and is impressed to validate certain official documents, was destroyed with the lead seal of the pontificate.

Benedict is due to return to Rome in April to live in a convent in the Vatican.

Earlier this week, the Pope changed the rules of the conclave that will elect his successor, allowing cardinals to bring forward the start date if all of them arrive in Rome before the usual 15-day transition between pontificates.

An estimated 115 cardinals are expected to take part in the conclave, which takes place in conditions of secrecy in the Vatican's Sistine Chapel.

Meanwhile, a cardinal who voted in the last conclave said the next pope should be younger than him.

Cardinal Wilfred Napier, 72, said someone with the academic background of Benedict and outreach and care of John Paul II would make a good pope.

According to some online bookmakers, the former NUI Galway student is currently 80/1 to be the next pontiff.

The South African cardinal said a younger pope would be better able to travel and reach the people of the church.

He also said that in his view, the next pope should be from a part of the world where faith is still important in people's lives. 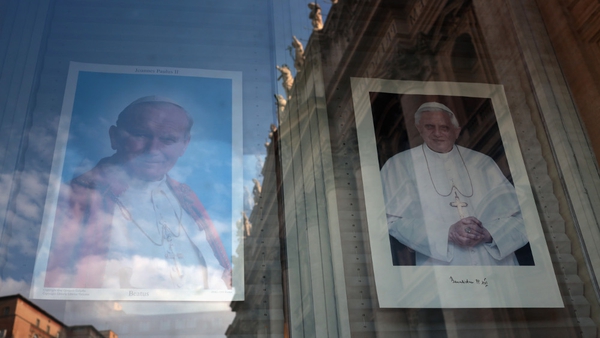