The Irish Daily Star is a joint venture between Independent News and Media and Northern and Shell, of which Mr Desmond is chairman.

However, following publication of the photos, Northern and Shell said it had no editorial control over the newspaper.

Tonight, Mr Desmond said: "I am very angry at the decision to publish these photographs and am taking immediate steps to close down the joint venture.

“The decision to publish these pictures has no justification whatever and Northern & Shell condemns it in the strongest possible terms."

A spokesperson for Independent News and Media, the co-owner of the Irish Daily Star, has said "it was regrettable and in poor taste" that the newspaper published the pictures.

He said that "Independent News and Media had no prior knowledge of the decision to publish" the pictures.

The photos of the duchess were taken while she was on holiday at a private villa in the south of France last week with her husband, Britain's Prince William.

"I did this as a service to our readers, I'm a little taken aback by the reaction in the UK," Mr O'Kane told the BBC earlier today.

"It only seems to be an issue in the UK because she is your future queen. But from our point of view in Ireland, Kate Middleton is just another of the fantastic line of celebrities."

The National Union of Journalists has called on Northern and Shell to reconsider the threat to close the newspaper.

NUJ General Secretary Michelle Stanistreet described the decision as "an over the top reaction which should be reconsidered calmly and with consideration for the full implications for Irish journalism and for editorial diversity".

Irish Secretary Séamus Dooley branded the decision "a callous and crude attempt by Northern and Star to protect their UK commercial interests with no regard for the livelihood of 80 Irish workers". 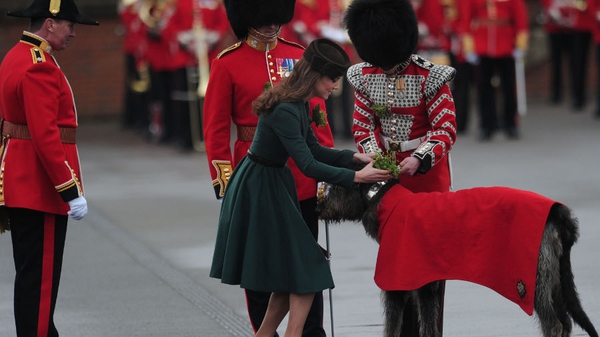