Britain’s Prince William and his wife have launched legal action against French magazine Closer after it published topless pictures of her.

The publication was compared by St James's Palace to the worst experiences of William’s mother Diana at the hands of the paparazzi.

Closer's editor defended her decision to publish the pictures saying there was "nothing degrading" about them.

Laurence Pieau said the photos show a young woman sunbathing topless, "like the millions of women you see on beaches."

The publication reopens a debate over the privacy of Britain's royal family and the freedom of the press just weeks after a US website published grainy photos of William's younger brother Harry cavorting naked in a Las Vegas hotel room.

"Harry started the fashion: these days the Windsors take their clothes off," the French magazine quipped in the photo spread, which it claimed as a world exclusive.

The photos of Harry stained a positive image his family has carefully crafted as it worked to turn the page on Princess Diana's death in 1997 and a raft of scandals at the time including Prince Andrew's ex-wife Sarah Ferguson photographed having her toes sucked by a US businessman as she sunbathed topless.

The first royal source said the photos in Closer, taken at a private location and in breach of French privacy laws, had "turned the clock back 15 years".

William and Kate were on a short break at the Chateau d'Autet near Aix-en-Provence in the Luberon region, whose picture-postcard villages, rolling lavender fields and vineyards have made it a favourite getaway spot for wealthy foreigners.

At one point Kate, clearly recognisable in the slightly fuzzy images, stands up and partly peels down her bikini bottoms as William rubs sun lotion on her back.

"The last time we saw Kate and William on a balcony it was for their wedding. But they had more clothes on," reads one photo caption. Another says: "People always say she doesn't need to dress up to look good. Well ... Kate is proving this."

Closer also said Kate was spotted smoking a cigarette as the couple walked out of nearby Marseille airport where they arrived on a commercial flight. 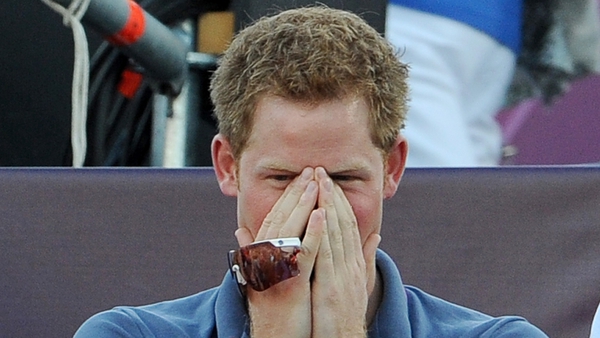