A Bahrain appeals court has convicted nine doctors for their role in last year's pro-democracy uprising.

Nine others have been acquitted in a case that has drawn international criticism.

Some of those sentenced were doctors who had been trained by the Royal College of Surgeons in Ireland.

The military appeals court gave Dr Ali al-Ekri, who trained in Ireland and was a former senior medic at the Salmaniya hospital in Manama, a five-year sentence.

Eight others, including another Irish trained doctor Bassam Dhaif, were given sentences ranging from one month to three years.

Those who were handed a sentence of one year or less have already served their terms and are not expected to be arrested, according to their defence lawyers.

Last September, 20 medics - all of them Shia - were given terms of between five and 15 years on charges including theft of medical equipment, occupying a hospital and incitement to topple the state.

On RTÉ's News at One, Mr Kelly welcomed the acquittal of nine other medics, and the decision to reduce the sentences of the nine imprisoned, but said the sentences represented "a bad day for reconciliation in Bahrain".

"We think in the spirit of reconciliation these previous verdicts should have been overturned in the court system."

Earlier this week, Bahraini medic Dr Nada Dhaif travelled to Dublin to hand in a letter of protest to the RCSI calling on the college to do more to help those detained.

Following today's court hearing she understands that she will no longer have to serve a 15-year sentence imposed on her.

The group Witness Bahrain Ireland says it is shocked and saddened by these sentences. 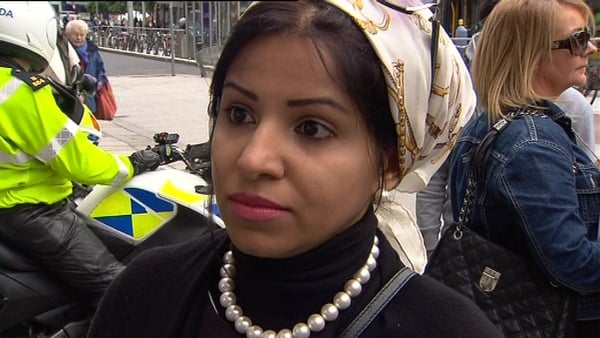