A Bahraini surgeon has called on the Royal College of Surgeons in Ireland to help secure the release of several medics facing imprisonment there.

Dr Nada Dhaif, who herself faces the possibility of up to 15 years in prison, is currently in Dublin to highlight the case of a number of doctors who had been trained by the RCSI at its university in Bahrain.

Early last year Bahrain saw its own ‘Arab Spring’ protests, however the uprising there was ultimately crushed by the ruling Al-Khalifa royal family.

Numerous number of doctors and surgeons, including Dr Dhaif, were arrested as a result of the protests and accused of terrorist offences. Many of them were trained by the RCSI both in their Dublin medical university in the Bahraini capital.

However Dr Dhaif claims she was merely assisting injured people during the clashes there. She also said that she was tortured and electrocuted until she signed a confession.

Joined by Irish colleagues, she handed in a letter to the RCSI yesterday afternoon, calling on the organisation to do more to help.

The RCSI declined to make a comment but instead highlighted a letter published in the Irish Times in which it called for charges against medics to be dropped.

The letter also noted that the organisation worked in countries with different cultures and political systems. 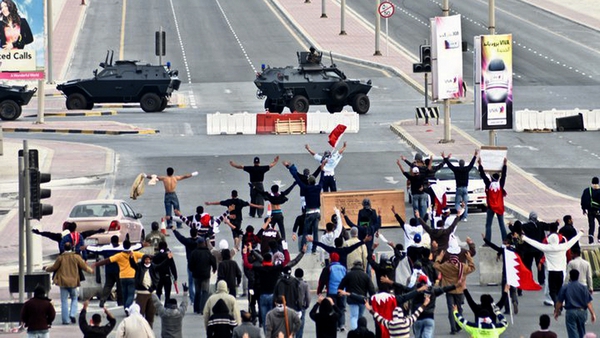 20 doctors to go on trial in Bahrain