The Government has published legislation that would make it a crime to withhold information from gardaí about sexual offences against children and vulnerable adults.

A separate Bill puts a statutory responsibility on organisations - including churches and named professionals - to report abuse or significant neglect to the HSE.

The proposals were published this morning by Justice Minister Alan Shatter and Children's Minister Frances Fitzgerald.

Launching the initiatives, Alan Shatter told journalists that his Bill is primarily designed to close a loophole in a 1998 law by obliging anyone who knows about any serious offence - including sexual offences against children and vulnerable adults - to inform gardaí.

He said exceptions would be made where the alleged victim does not want gardaí to be told and where people such as parents, guardians or medical professionals are acting in the interests of the health and wellbeing of the child or vulnerable person.

The measure is a response to July's Cloyne Report, which found that abuse was not being reported by the Catholic diocese to the State up until four years ago.

It also implements the earlier Ryan Report's recommendation that children should be given better legal protection.

Ms Fitzgerald said the separate Children First Bill would put a statutory responsibility on organisations and named professionals to report abuse or significant neglect to the HSE.

She said pastoral organisations, including churches, are among those covered.

'Difficult' for bishops to pass on information

Archbishop of Dublin Diarmuid Martin said that it has become more difficult for bishops to share sensitive information about sexual abuse allegations with anybody except gardaí and the HSE.

He was speaking on RTÉ’s Today with Pat Kenny about the resignation of a child safety officer in a Dublin Catholic Parish, who resigned after she learned of allegations of child sexual abuse made against a priest who had served there.

The priest had been put on restricted ministry for years as a result of the allegations.

However, Archbishop Martin said that he removed him from ministry when new information about an old allegation came to light.

Archbishop Martin said he understood and sympathised with the woman, who he said must have felt betrayed.

He said that in the absence of a conviction or a charge, non statutory bodies are restricted in the information they can pass on.

He said that this was a "classic example of the lacunas that exist" within the law currently.

"It’s a very serious difficulty at the moment, and legislation has been promised for some time," Archbishop Martin said. 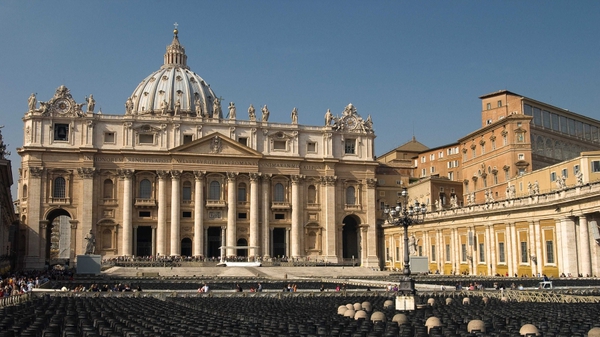