Judges at a Boston court questioned a US Justice Department lawyer over the agency's attempts to help the PSNI gain access to Boston College Belfast Project.

The closed archive contains interviews that were given by former IRA members, who had been told their anonymity would be protected until after their deaths.

The tough questions from the three-judge Appeals Court panel gave hope to researchers battling to keep the archive mostly sealed since it was originally meant for historians to use in the future.

A ruling could be several weeks away.

Mr Moloney and Anthony McIntyre are trying to block subpoenas filed by US officials on behalf of PSNI.

Officials want to have access to the archive to help with investigations involving former IRA members.

The US Justice Department has said it is acting under a mutual legal assistance treaty with Britain.

Critics of the efforts to gain access to the archives say details from the interviews could undermine the peace process.

US politicians, including Massachusetts Senator John Kerry, have called the efforts a threat both to peace and to academic freedom.

Material from the archive has already raised new allegations that Sinn Féin leader Gerry Adams played a leading role in the IRA, something that Mr Adams has always denied.

Court filings say British police are following up new leads that emerged in 2010 into the 1972 abduction and death of mother-of-ten Jean McConville.

Known as "The Belfast Project", the archive kept at Boston College includes several dozen interviews conducted since 2000 with figures from both sides of the conflict.

According to Mr Moloney, the interviews were to be kept sealed at least until the subject died or agreed to release the interview.

Boston College says the confidentiality agreements are not absolute and are subject to US law, a limitation researchers say was not explained to interviewees.

The interviews were conducted by Mr McIntyre, a historian and former IRA member, who is now Mr Moloney's partner in the legal effort.

Today's hearing at Boston's federal courthouse lasted about half an hour and centred on the research team's appeal of lower court rulings keeping them from pursuing their own efforts to block release of the material.

In January, a District Court judge ordered Boston College, a private university, to turn over some of the material to the Justice Department in the archive, but stayed the order pending appeals.

At today's hearing, the judges focused most of their attention on a US government attorney, Barbara Healy Smith, who at one point noted that arguments in favour of keeping the material sealed had been made by Boston College in earlier proceedings.

That brought a response from Judge Michael Boudin: "It's odd to hear how well Boston College represents these interests," he said, since the college has not been as aggressive as the researchers in fighting the government's demands.

At another point Chief Judge Sandra Lynch told Ms Smith that the US Constitution, not international law-enforcement treaties, should guide arguments.

Eamonn Dornan, representing the researchers, told the panel that government officials have been too quick to attempt to tap the archive, and should properly balance law enforcement issues against the confidentiality promised to interviewees.

Mr Dornan also said Mr McIntyre and the interviewees could face attacks or retaliation if the archive material were to be made public.

There is a "real risk of physical harm," he said at one point.

Mr Dornan was optimistic about the case after the hearing, saying the judges "listened attentively to our arguments." Ms Smith declined to comment. 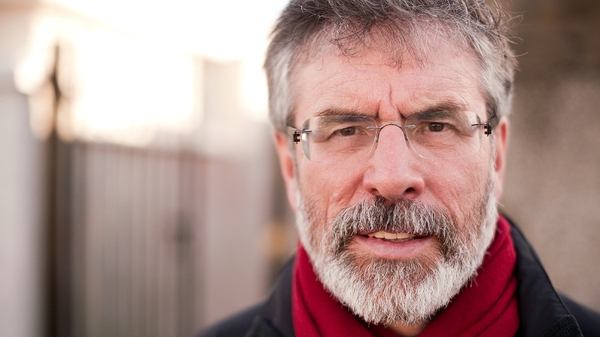