The Association of Garda Sergeants and Inspectors has called for a cost-benefit analysis to be carried out on the Garda Transport Fleet.

Delegates at the association's conference, which is taking place in Wexford, have strongly criticised the fact that almost half of the transport budget of €24.5m is spent on repairs.

The AGSI said money is being wasted on a fleet of cars, vans and bikes that is ageing and deteriorating and they cannot be expected to provide a service with poor quality vehicles.

In one case, €4,000 was spent repairing a 2006 car that crashed into a donkey, even though the car was not worth that amount.

The association also published the results of an occupational stress survey to which over 800 sergeants and inspectors responded.

The survey revealed that the most stressful incidents respondents said they had to deal with were suicides, fatal road crashes and child victims of sexual abuse.

It found that only 3% feel the promotion system is fair and 55% do not believe the Garda Ombudsman is fair.

Garda Commissioner Martin Callinan has rejected calls for more officers to be armed.

Speaking at the AGSI conference last night, the commissioner said that more than 3,500 gardaí were licensed to carry firearms.

He was responding to concerns expressed by sergeants and inspectors of the capacity of gardaí to deal with criminals using powerful weapons.

Middle-ranking officers criticised the decision to withdraw the Uzi sub-machine gun because they say they could end up facing better armed criminals.

Meanwhile, the commissioner has said he is still consulting with the Director of Public Prosecutions before deciding whether to commence a criminal investigation into the findings of the Moriarty Report.

The Criminal Assets Bureau carried out a review of the Moriarty Tribunal report, which was sent to the DPP.

The tribunal found there were financial links between businessman Denis O’Brien and former minister Michael Lowry.

During his time as Minister for Communications, Mr Lowry awarded the second mobile phone licence to Mr O’Brien's company.

Mr Callinan said a criminal investigation into the matter has not been commenced.

The tribunal report was hugely complex, he said, and it was only right and prudent that he should consult with the law officers. He said this was not a precedent. 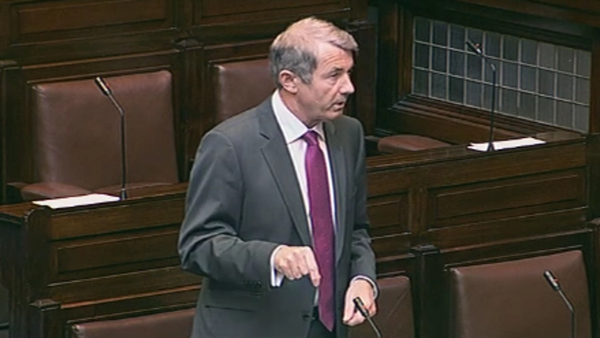