A report by the Vatican on the handling of the sexual abuse of children in the Catholic Church in Ireland has acknowledged failures on the part of those who - as it puts it - should have exercised vigilance.

It also said lessons have been learned and found that the current guidelines on child protection were being followed.

However, the support group, One in Four, has said the Vatican was still not accepting responsibility for its role in creating the culture of covering up sexual abuse.

Christine Buckley, an abuse survivor, said she would have liked to have seen an apology to victims, as well as more detail than a summary report.

The report recommends that Irish diocesan authorities and those of religious institutes should continue to devote time to listening to victims and providing support for them and their families.

The findings are based on an apostolic visitation to the four archdioceses, religious congregations and seminaries.

The report found that the current guidelines on child protection were being followed.

It said archbishops had given assurances that any newly-discovered cases of abuse were brought before the competent civil authority and the congregation for the doctrine of the faith.

The report said that it must be acknowledged that within the Christian community innocent young people were abused by clerics and religious to whose care they had been entrusted, while those who should have exercised vigilance often failed to do so effectively.

It said that in delivering its findings, the Holy See re-echoes the sense of dismay and betrayal that the Pope expressed in his letter to Catholics in Ireland two years ago, "regarding the sinful and criminal acts that were at the root of this particular crisis".

Primate of All Ireland Cardinal Seán Brady welcomed the publication of the findings of the visitation.

Cardinal Brady said the church expressed a heartfelt plea for forgiveness from victims and from God for the terrible sins and crimes of abuse.

He also emphasised that the visitation was pastoral in nature and was intended to assist the Irish church on its path of renewal.

Archbishop of Dublin Diarmuid Martin said the extent of the child abuse crisis was shattering and that the children who had been abused should be foremost in our minds.

Archbishop of Tuam Michael Neary said his thoughts were with the survivors and victims of clerical child abuse today.

He said the Vatican's report acknowledged the appalling abuse perpetrated by priests and religious on innocent young people.

But he said progress was being made in terms of being able to address the problems within the church.

He said lay people were being trained and were working now with priests and religious in the community.

Archbishop Neary said the church was co-operating fully with State authorities to ensure that children were protected and cherished in safe environments.

The report on the visitation also proposed more consistent admission criteria for seminaries and in-depth formation on child protection for priests as part of their academic programme.

It proposed that seminary buildings should be exclusively for seminarians and those preparing them for the priesthood.

On the religious congregations, the report found that all religious institutes should perform an audit of their personnel files, if such an audit has not yet been carried out.

Commenting on the findings, Sr Marianne O'Connor of CORI, acknowledged that there had been a slowness to understand the impact of child abuse.

Sr O'Connor insisted that the religious orders and the church were heartfelt in their apology for the abuse crisis.

She said there was a focus on ensuring child safety procedures were in place, and on the ongoing support of victims.

The organisation representing priests here has said it would be "very bad policy" to isolate seminarians.

In its first comments on the clerical child sexual abuse report, the Association of Catholic Priests said it would not be too happy with the suggestion regarding seminarians, as the last thing the association would want to see is seminaries being reconstituted along the lines of the 1940s and 1950s.

Speaking on Six-One, Fr Brendan Hoban of the association said it wanted the reforms of the Second Vatican Council to be introduced and taken seriously by the Catholic Church here, as the association believes they would be the answer to a lot of the problems the church has in relation to child sexual abuse and vocations.

Fr Hoban said the association welcomed the report's publication, but said as it was a summary, the detail is not there. He added that the association hopes that the full report is made available to them.

He said the association had met the visitors on four occasions and discussed the situation of the Catholic Church in Ireland, the child sex abuse scandals, how they were dealt with and how victims were being helped. He said there was agreement that care needed to be taken to ensure that child protection protocols are of the highest standards.

He said the association also brought up an issue priests have about justice and fair play when they are being dealt with. He said in cases where allegations were made against a priest and the Director of Public Prosecution decided not to prosecute it, sometimes people were reinstated, but in most cases they were not.

This, he said, left a lot of priests in limbo situations, and he said the church needed to deal with such scenarios on a case-by-case basis. He said priests are very unhappy with a situation where a bishop can say an allegation has been made against them and that priest would be out of ministry forever.

The report was promised two years ago by Pope Benedict XVI in his letter to Catholics in Ireland.

The Pope expressed horror and dismay in the wake of the Ryan and Murphy reports, which revealed a 70-year history child abuse by a significant number of priests, brothers and nuns and cover-ups by their religious superiors.

The Pope assigned six teams to formally assess the implications of the abuse scandals in each of the country's four archdioceses, in religious orders and congregations based in Ireland and abroad.

Some of the teams met victims and concerned Catholics in advertised locations, as well as individual survivors behind closed doors.

Minister for Transport Leo Varadkar has said the Government's priority is to protect children and to put legislation in place to make sure that is the case.

Mr Varadkar said legislation to put the Children First regulations on a statutory footing would go to committee before Easter, while a standalone referendum on children's rights would be held before the end of the year. 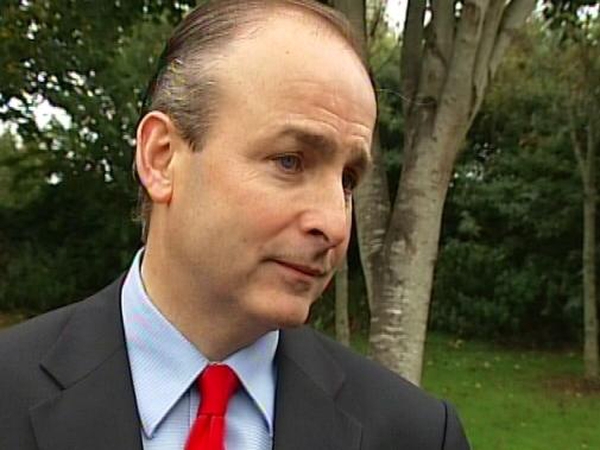