Former Taoiseach Jack Lynch instructed gardaí not to co-operate with the RUC in its investigation into the IRA ambush in which 18 British soldiers were killed at Warrenpoint.

The claim was made in evidence at the Smithwick Tribunal today.

Witness 68, who retired at the rank of Deputy Assistant Chief Constable of the RUC, told the tribunal that he was the senior investigating officer into the ambush.

He attended a number of meetings between senior gardaí and RUC officers at Dublin Castle in relation to the incident.

The witness said that the fourth and final meeting in 1980 was very acrimonious.

Assistant Garda Commissioner McLaughlin said that the Taoiseach "from the outset of the inquiry decreed that the killings were a political crime and no assistance given to the RUC".

Witness 68 said Asst Commissioner McLaughlin was very firm and said there would be nothing further in relation to the Warrenpoint investigation.

He also said "we were not to come back", according to the witness.

The RUC head of CID replied that as long as the crime remained unsolved they would be coming back, the witness said.

However, later he was told by that officer that he had been approached by the RUC Chief Constable and told they were "embarrassing the gardaí" and they would not be going back for further meetings.

An agreement had been reached with the Garda Commissioner and the matter would be resolved that way, he said he was told.

It also emerged at the tribunal today that an RUC report had been written by Witness 68 into allegations of garda collusion in another matter.

However, it seems unlikely that it will be put before the tribunal.

The report was held by the PSNI and following discussions it is now with the Northern Ireland Office, who will approve or reject the redacted version to be released to the tribunal.

Witness 68 said he would not be able to give any more evidence due to his ill health and because the report is not available today, it cannot be put into the record.

Witness 68 who was the chief investigating officer into the Narrow Water ambush in which 18 British soldiers died, saw today for the first time the full garda file on their investigation into the attack.

He praised the work which had gone into it but said he was astonished and shocked that the two main suspects were not charged given what he had read in the file.

Brendan Burns and Joe Brennan were arrested shortly after the ambush. Traces of firearms and home made explosives were found on them but they were only charged with motoring offences.

He told the Tribunal that Det Sgt Owen Corrigan had not co-operated with the RUC in the investigations into the murders of the soldiers and Michael Hudson who was on the southern side of the river and killed when British soldiers opened fire.

Witness 68 said Mr Corrigan was the senior investigating officer among the gardai and he told Darren Lehane, counsel for Mr Corrigan that his client had an opportunity to "do a good thing that day".

Mr Burns and Mr Brennan walked out of the garda station in Dundalk and killed at least another twelve people.

If Mr Corrigan "had done what I would have expected, then perhaps these deaths would never have occurred."

Under cross examination by Michael Durack, counsel for the Garda Commissioner, Witness 68 said he had never seen the garda file until today.

However it was put to him that it was sent to the RUC Headquarters at the time and the fact that the witness did not see it was a matter for the RUC, not the gardai.

The witness accepted this but said it could have been sent with the instructions "no downward discimination" which would have meant he would never have gotten to see it.

He also accepted a thorough forensic examination had been done on the locations in the republic where the IRA had detonated the bombs. However, he added that he wasn't aware there was more than one such firing site until today. 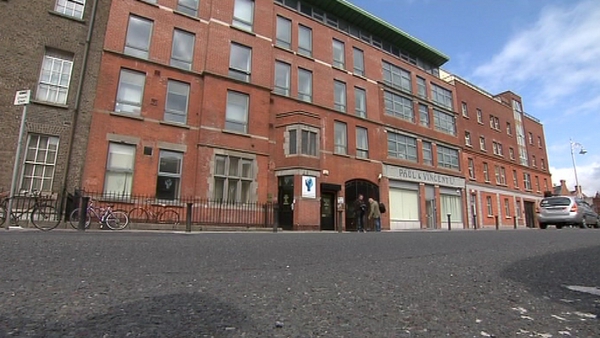