Minister of State Sean Sherlock has said he still plans to introduce a statutory instrument to amend copyright legislation in the near future despite concerns expressed about its potential impact on internet access.

The matter was raised as a topical issue in the Dáil today by Independent TD Catherine Murphy, who said further discussion was needed before any changes were made to the law.

An online petition opposing the proposed amendment has continued to grow, recording over 48,000 signatures since it began earlier this week.

Opponents fear that the change could potentially see court orders blocking popular sites such as YouTube and Facebook.

There are also concerns that the law could make Ireland less attractive to technology start-ups and multinational companies like Google.

In the Dáil today, Ms Murphy said there was a fear that copyright holders could use the amended legislation to force Internet Service Providers, such as UPC and Eircom, into blocking popular websites because a single user is found to have infringed on intellectual property.

She said such a complex issue would better dealt with through primary legislation and that TDs faced a "hurricane storm" of anger from the public if people were not satisfied with the way the issue was handled.

In response, Mr Sherlock said the planned amendment "merely re-stated an existing position" and was being introduced to ensure that Ireland complied with a European directive on the matter.

He insisted the change was not comparable to the controversial SOPA bill that has been drafted in the US and that it was not the intention of the Government to limit the freedom of the internet.

Mr Sherlock said any judge considering an injunction would have to balance the rights of a copyright holder with those afforded to ISPs and users under ecommerce and freedom of expression directives.

He offered to have further discussion on the matter, however Mr Sherlock could not say if that would happen before the statutory instrument was put in place.

He also said primary legislation may ultimately be required to deal with the issue but that no changes would solve the problem of piracy as the internet tends to adapt to "circumnavigate" new laws.

He said there was a need for ISPs, copyright holders and members of the industry in Ireland to sit down voluntarily in order to find a solution that protected everyone's interests.

Protests in Poland over anti-piracy agreement

Yesterday thousands of young Poles hit city streets across the country in a mounting wave of off-and-online protest against a government decision to sign an international anti-online piracy accord.

Poland, an ex-communist state which joined the EU in 2004, has committed to signing ACTA today.

A protest by thousands organised largely via Facebook in the central Polish city of Kielce yesterday turned violent when some protesters trashed cars and attacked police, the commercial TVN24 news channel reported.

Protesters also turned out for anti-ACTA rallies in Wroclaw, Szczecin, Olsztyn and Bialystok.

Online protest pages on Facebook have attracted more than 300,000 supporters, while an anti-ACTA online petition had drawn about 130,000 signatures by yesterday evening.

Protesters are upset Mr Tusk's government pushed ahead with ACTA after meetings with commercial media, but held no public consultations with online rights groups. 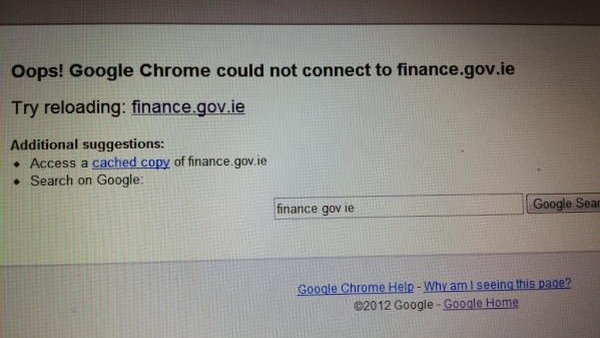