The Vatican has confirmed that Papal Nuncio Archbishop Giuseppe Leanza has been recalled to Rome for consultations on the Cloyne report.

A statement highlights the reactions that have followed the publication of the report - a veiled reference to the Taoiseach's unprecedented attack on the Holy See for allegedly undermining the Irish bishops' mandatory reporting policy regarding clerical child sexual abuse.

This morning's announcement marks the plummeting to their lowest ebb of Irish-Holy See relations.

A recall is diplomatic-speak for 'showing displeasure' with some act of the receiving State - in this case Ireland - and indicates a sharp cooling in relations.

A Vatican spokesperson said the recalling 'denotes the seriousness of the situation... as well as a certain note of surprise and regret regarding some excessive reactions.'

The unusual step of recalling Archbishop Leanza follows the Government's angry reaction to the publication of Judge Yvonne Murphy's findings that the Vatican undermined the Irish bishop's policy of informing gardaí and health authorities of all allegations of clerical child sexual abuse.

The judge said that when the Vatican described the Irish bishops' 1996 guidelines as 'merely a study document', it 'comforted and supported' senior clerics in the Co Cork diocese who dissented from their bishops' collective policy.

Following the publication of the report, Tánaiste and Foreign Affairs Minister Eamon Gilmore summoned Archbishop Leanze to the Department of Foreign Affairs for an explanation.

Taoiseach Enda Kenny last week strongly criticised the Vatican for what he said was an attempt to frustrate the Cloyne inquiry, accusing it of downplaying the rape of children to protect its power and reputation.

He said the Church's inability to deal with the abuse cases showed a culture of 'dysfunction, disconnection, elitism and narcissism' at the Vatican.

Never before had a Taoiseach used such language in criticising the Catholic Church.

It is not known for how long Archbishop Leanza will remain in Rome.

Minister Gilmore said the 'decision to recall the Papal Nuncio to the Vatican for consultations is a matter for the Holy See.'

'The Government is awaiting the response of the Holy See to the recent report into the Catholic Diocese of Cloyne and it is to be expected that the Vatican would wish to consult in depth with the Nuncio on its response,' he added.

Today, Minister for Social Protection Joan Burton said it was appropriate that the Papal Nuncio was available to his diplomatic bosses for in-depth discussions to reflect on the appropriate role for a Vatican ambassador in Ireland.

Ms Burton said it was very welcome that there was to be a deep reflection in the Vatican into the Cloyne and other reports.

Papal Nuncio should be 'expelled' - SNAP

The Pope's representative in Ireland should be expelled, not recalled, according to a US organisation for abuse survivors.

In a statement, ‘SNAP’, the Survivors Network of those Abused by Priests, says Pope Benedict XVI should not respond to the Cloyne Report until he is ready to announce specific, proven prevention steps to better protect children.

It says an ‘official response’ consisting of just words would only add insult to injury.

Barbara Dorris, SNAP's Outreach Director, accused Archbishop Giuseppe Leanza of refusing to co-operate with the Murphy Commission's Inquiry into the Archdiocese of Dublin which reported in 2009.

She said that instead of co-operating with its investigation into clerical sex crimes and cover- ups, the Nuncio had hidden behind the technicalities of formal diplomatic procedures. Ms Dorris criticised him for acting irresponsibly by failing to put the safety of children first.

She said Archbishop Leanza had still not adequately explained or been held responsible for what she called his callous actions which her network suspected were dictated by his supervisors at the Vatican.

She concluded by accusing the Catholic hierarchy of ignoring, minimising and concealing horrific crimes against children for centuries, and of continuing to do so now.

Ms Dorris said the church's leaders already know what to do and that they do not need months, weeks or even days to take appropriate action. 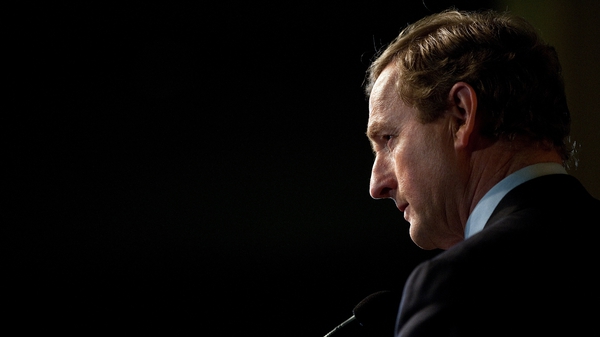