Taoiseach Enda Kenny has strongly criticised the Vatican for what he said was an attempt to frustrate the Cloyne inquiry, accusing it of downplaying the rape of children to protect its power and reputation.

Mr Kenny was speaking during Dáil statements on the report. (Read)

Never before has a Taoiseach used such language in criticising the Catholic Church.

Mr Kenny told the Dáil that the Cloyne Report highlighted the 'dysfunction, disconnection, elitism and narcissism that dominate the culture of the Vatican to this day.'

The rape and torture of children had been downplayed or 'managed' to uphold, instead, the primacy of the institution, which are its power, standing and 'reputation'.

The hierarchy had proved either unwilling or unable to address what he called the horrors uncovered in successive reports, a failure which he said must be devastating for so many good priests.

Mr Kenny said that the Catholic Church needed to be truly and deeply penitent for the wrongdoing it perpetrated, hid and denied.

'Instead of listening to evidence of humiliation and betrayal,' Mr Kenny pointed out that the Vatican's reaction had been to parse and analyse it, with the eye of a canon lawyer.

'This position is the polar opposite of the radicalism, the humility and the compassion that the Church had been founded on.'

Fianna Fáil leader Micheál Martin said what was done was not just to avoid scandal - it involved the wilful refusal to respect basic moral and legal responsibilities.

Mr Martin said no-one had any excuse for not knowing what to do when there was even a suspicion of child abuse.

Sinn Féin's Caoimhghín Ó Caoláin said the report shows it had learned nothing since the Fr Brendan Smith scandal.

Founder of One in Four, Colm O'Gorman has said there are not enough superlatives to describe Enda Kenny's speech today.

He said it was groundbreaking and extraordinary and a speech that historians would hopefully refer to in the future as a defining moment when Ireland was offered the opportunity to become a Republic.

Mr O'Gorman said Mr Kenny's words were uncompromising in their withering condemnation of the Vatican.

He said he had hoped for a speech like this for nearly ten years.

Archbishop of Dublin Diarmuid Martin has said there are groups in the Vatican and the hierarchy who try to undermine and refuse to understand what is being done in terms of child protection.

Speaking on RTE's Six One, he called these groups 'a cabal' who refused to recognise Vatican rules in the area.

Archbishop Martin said he was impressed by the emotion of the Taoiseach's speech in the Dáil and that Enda Kenny clearly feels very deeply about this subject. He was very disappointed and angry with what was contained in the Cloyne Report.

Archbishop Martin said he was never reprimanded by the Vatican for complying with the Murphy Commission, which investigated abuse in the Dublin Archdiocese.

The archbishop said he was disappointed that the Taoiseach's speech did not deal with failings in State institutions as detailed in the Cloyne Report.

He called on the Vatican to reiterate its support for local churches in applying norms and reporting to State authorities. He said he hoped Bishops could be trusted and he said if a Bishop was not honest they would only be uncovered by an Audit with invasive powers.

He said and if people were acting immorally, then 'moral power' would not be enough.

Meanwhile, the Dáil has passed an all-party motion deploring the Vatican's intervention as outlined in the Cloyne investigation, which, it says, contributed to the undermining of child protection guidelines.

The motion also expresses dismay at the report's findings and at the inappropriate response of the church to complaints of sexual abuse. It also expresses sympathy with the victims.

The motion was passed without a vote.

Priests 'not encouraged' to break laws

Vatican spokesman Fr Federico Lombardi, speaking in a personal capacity, has said that there was nothing in the advice given by the Papal Nuncio in 1997 to encourage bishops to break Irish laws.

He said that the Vatican's advice to Irish bishops on child protection policies could not be interpreted as an invitation to cover up abuse cases.

Speaking on RTÉ's Morning Ireland, Minister for Justice Alan Shatter said the comments were disingenuous and he said he expected a more considered, formal response from the Vatican.

Mr Shatter has told the Dáil he will bring proposals to Government to set up a National Vetting Bureau and to put the screening of those working with young people and vulnerable adults on a statutory basis.

Mr Shatter said the bill he was preparing would also provide for the disclosure of so called 'soft information' for the purpose of child protection.

He said he hopes to bring Heads of the Bill to the Government next week. 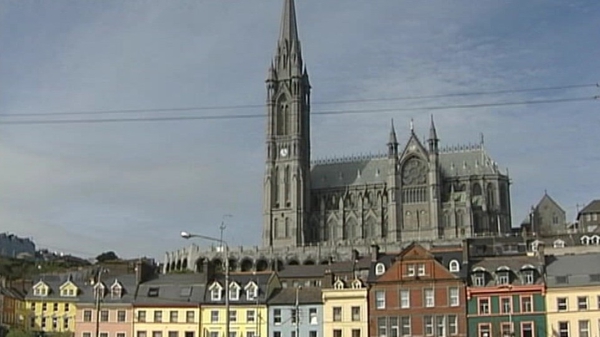