The President of the High Court has cleared the way for the publication of most of the Cloyne Report on clerical abuse in the Catholic Diocese.

But Mr Justice Nicholas Kearns prohibited until mid-July at the earliest publication of references to one priest so as not to prejudice the man's trial.

It follows an application by counsel for the Minister for Justice for the court to rule that a portion of the report not be published because it might prejudice criminal proceedings pending against one priest named in it.

On the instructions of Mr Justice Kearns, reporters were excluded during the brief deliberations.

When they were readmitted the judge gave his decision.

He said that the 26-chapter Report by the Commission of Investigation into the handling of allegations of abuse against 19 priests in the Catholic Diocese of Cloyne had been ordered by the Government in January 2009 and was completed last December.

He added there was a pending criminal trial against one of them and that he took the view that there was a risk that the trial - to take place very shortly - might be prejudiced if that particular
portion of the report, largely contained in Chapter 9 were to be published at this stage.

He said the decision to withhold those parts of the report would be reviewed by the court in mid-July.

Justice Minister Alan Shatter said he and the Minister for Children, Frances Fitzgerald, would make the necessary arrangements for the publication of the report as soon as practicable.

In a statement, Mr Shatter said he understood that counsel for the parties to this morning's hearing would now move to agree what deletions must be made to give effect to the Judge's order.

He said that once that process has been completed the two ministers would arrange for publication.

Meanwhile, victim support group One in Four has said Mr Justice Kearns' decision will come as a relief to the people who were sexually abused as children in the diocese, many of whom have been waiting for years to learn how it was that so many allegations were mishandled.

Executive Director Maeve Lewis said the organization regretted the postponement of the publication of one chapter, but accepted that it was necessary to ensure that current criminal proceedings were not prejudiced.

Noting that very few survivors of child sexual abuse engage with the criminal justice system, she said it was important that the cases which came before the Courts were not jeopardised in any way.

However, she said the charity was concerned that the omission of certain sections might undermine the integrity of the Report and might also mean that the full picture of how children were endangered in the Cloyne diocese would not emerge.

Judge Yvonne Murphy, who headed up the Commission of Investigation, was asked to extend her inquiry to the Co Cork diocese in January 2009.

A spokesman for the Archbishop of Cashel and Emly, Dermot Clifford, who has been running Cloyne since before Bishop Magee's resignation over the scandals, said he had no comment to make on today's ruling.

One in Four is a charity that supports men and women who have experienced sexual violence during childhood.

The investigation followed a damning report by the National Board for Safeguarding Children.

That board, which was established by the Catholic Church itself, found that child protection practices in the Diocese of Cloyne were inadequate and in some respects dangerous.

Judge Murphy's report deals with allegations of abuse made against 19 priests over a 13-year period to 2009.

But some of those from whom she took evidence had carried the memory of their abuse from as far back as the 1970s. 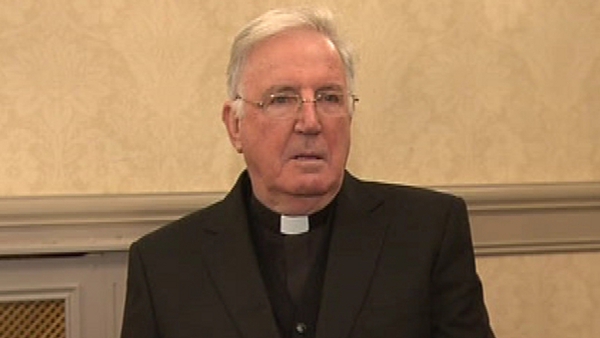