An 18-year-old man has appeared in court charged with the murder of a 12-year-old girl in west Dublin at the weekend.

Jonathan Byrne, of Lohunda Downs in Clonsilla in Dublin, was brought before Dublin District Court this morning and remanded in custody until next Friday.

He is accused of the murder of Michaela Davis, whose body was found on a bank of the Royal Canal on Saturday afternoon.

A post mortem subsequently showed that she had been attacked, sexually abused and strangled.

Mr Byrne, who was dressed in jeans, white runners and a grey hoodie, did not speak during the brief hearing.

He told the court that he arrested Jonathan Byrne at Blanchardstown Garda Station at 11.30pm yesterday and was present when he was charged by Sgt Joe Delaney.

Det Sgt Callaghan said the accused made no reply to the charge and was handed a copy of it.

He also asked that Mr Byrne be given medical attention.

The Davis family have issued a statement saying: 'This is a heart-wrenching situation, a young 12-year-old girl who was full of life has been lost. She was very close to her mum, dad and brother Brendan. They were always there for one another.'

'Michaela had started her first day of secondary school on Thursday last. She was given her first homework which was due to be handed in tomorrow.'

The statement concluded: 'The needless loss of a young child, the awful tragedy of a girl barely beginning life. This situation is not and never will be about the crime or the perpetrator it is about Michaela and the realisation of a parent's worst fear to lose a child so full of life.'

The principal of Luttrellstown Community College in Blanchardstown has said that a psychological support service for students is in place.

A 'critical incident management team' has also been set up to provide support for pupils following Michaela’s murder.

Michaela was a first-year student at Luttrellstown and attended her first classes last Wednesday.

The principal of St Mochta's National School, where Michaela had attended until June, said she was 'a lovely child who had so much to give and to live for'.

Terry Allen said: 'The thoughts and prayers of our whole school community at this very sad and upsetting time are with Michaela's family, to whom we extend our deepest sympathy on their tragic loss.'

Michaela will be laid to rest on Thursday following requiem mass at St Mochta's Church, Porterstown. 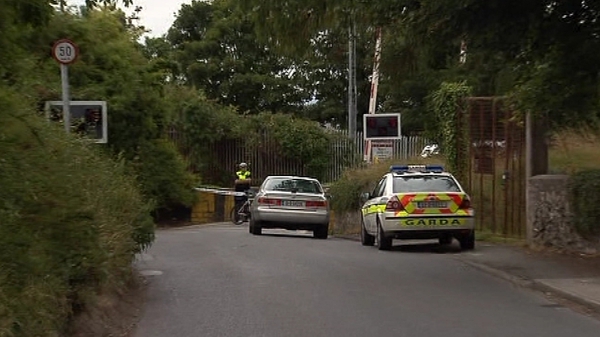