The Bishop of Ferns has acknowledged that survivors of clerical child sex abuse feel greatly disappointed by the outcome of the meeting in Rome between the Irish bishops and Pope Benedict.

In a letter to mass goers, Dr Denis Brennan said the visit was only one part of an ongoing healing process.

He also said the Pope's letter to Irish Catholics would be an important milestone.

Fr John Carroll, spokesperson for Dr Brennan, said the bishop acknowledged that the meeting in Rome had fallen far short of survivors' expectations.

Meanwhile, in a letter being distributed in parishes this weekend, the Bishop of Down and Connor said the Irish bishops had articulated to the Pope the ‘suffering, hurt and pain of victims’ of clerical sexual abuse.

Dr Noel Treanor said the meeting was a point in the long process of dealing with the tragic shame and wound of abuse in the lives of victims, in the life of the Catholic Church and by extension in society.

He said, of itself, the meeting cannot heal this horrific wound and asked for prayers that such healing would occur in God's time.

During their discussions with Pope Benedict, Dr Treanor said the bishops had returned time and time again in their contributions to the horrific and tragic fact that this had happened within the Church.

They recognised that mismanagement had occurred and that there were cover-ups. They also spoke of the action the church was taking in Ireland to respond to child sexual abuse by clergy, religious and church workers.

Concerning his diocese, Dr Treanor said he had told the Pope there was a child protection office staffed by professionals and that there were 3,182 people including clergy, religious and lay people who worked voluntarily to promote the safeguarding of children in parishes and organisations.

He confirmed that the Pope would issue his pastoral letter to the Catholics of Ireland in the course of the next six weeks of Lent and His Holiness had wanted to do further work on it having listened to the bishops and his advisors.

Pope Benedict's most senior official has urged Irish bishops to concentrate their energies on ensuring that clergy are trained to the highest standards.

The Vatican Secretary of State Cardinal Tarcisio Bertone made the comment at a mass marking the tenth anniversary of the beatification of Pope Pius IX.

It is the first comment made by a Papal aide since Pope Benedict's meeting earlier this week with Irish bishops on the fallout from the Murphy and Ryan reports on clerical child abuse.

The Cardinal quoted a passage from a papal encyclical sent to Irish bishops by Pope Pius in 1852 and said it still had relevance.

The letter read: 'Each one of you (bishops) knows very well how eager the church is, especially in these hard times, to have suitable servants, who come only from well-trained clerics.

'Therefore devote all your care, thoughts, and diligent study to this, (so) that the young clergy, even from their earliest years, are trained in all piety, virtue, and ecclesiastical spirit, and that they are carefully taught literature and the more serious disciplines, especially the sacred ones.'

Cardinal Bertone is reported to have played a central role in this week's child abuse summit.

For most of the decade before the current Pope's election, the Cardinal worked as his right-hand-man in the Congregation for the Doctrine of the Faith. 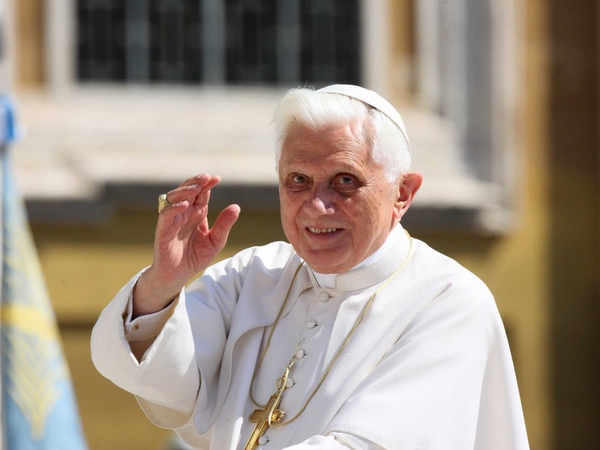