The Pope has told Irish bishops at a special summit in the Vatican that paedophilia is a heinous crime and that the Catholic Church must address the issue with resolve, according to a statement.

The Pope has urged the 24 Irish bishops to show unity in identifying concrete steps aimed at bringing healing to survivors of abuse.

He said he realised that the current painful situation will not be resolved quickly and he urged the bishops to address the problems of the past with determination and resolve and face the present crisis with honesty and courage.

The Pope's statement follows a two-day meeting with most of the Irish hierarchy to discuss the fall-out from the Ryan and Murphy reports.

The Pope also said that the weakening of faith has been a significant contributing factor leading to the sexual abuse of minors.

Last night, the bishops stayed in Vatican accommodation that is reserved for Cardinals when they are electing a new Pope.

Over a working dinner, the visitors continued to discuss their advice to those who are drafting the Pope's forthcoming letter to Irish Catholics.

It is the first such Pastoral to be devoted exclusively to child abuse by priests and religious.

After today’s meeting with the Pope the All Ireland Primate Cardinal Seán Brady told a packed news conference that the abuse of children by priests and religious was not just an Irish problem or a problem of the English speaking world.

He said the Pope emphasised the need for the bishops to be united in the face of the abuse crisis.

The bishops will now be reporting to their respective Diocese on the discussion of the past two days.

In a statement this afternoon Andrew Madden, who was abused as an altar boy, said it would appear that submissions made by some survivors of sexual abuse by priests have been completely ignored.

He said that: ‘Pope Benedict has not articulated full acceptance of the findings of the Murphy Report, as we asked him to do, in order to quell the rise in revisionism and the surge in denial from some quarters within the Catholic Church in relation to its findings’.

He also expressed disappointment that a number of bishops cited in the report have not yet resigned or removed from office.
Mr Madden added that ‘it would appear that self preservation and damage limitation for the Catholic Church is still a higher priority for Pope Benedict and the Bishops than the concerns and wishes of people who had been sexually abused as children by priests in the Catholic Archdiocese of Dublin over many decades, and that hardly represents change.’ 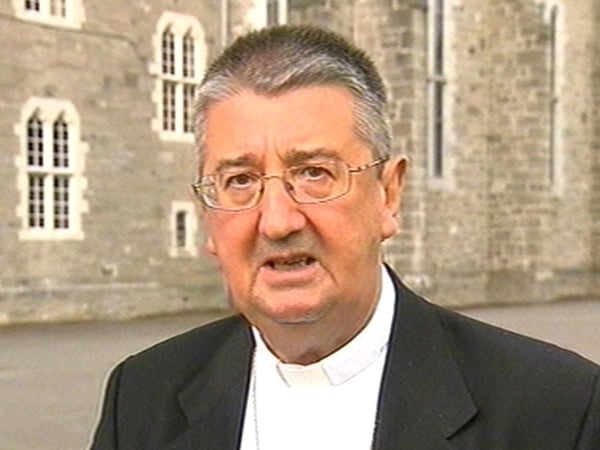