Eamonn Lillis has said he disagrees with the evidence of the Deputy State Pathologist who said that his wife's facial injuries were sustained when she was lying face down on the ground.

He denies the murder of his wife Celine Cawley at their home in Howth in December 2008.

Mr Lillis told the Central Criminal Court this afternoon that one abrasion on her chin was because he had pushed her arm over her head when she had a brick in her hand, he said the brick made contact with her chin at one point.

He also told the court that the three significant head injuries that his wife sustained came about when he pushed her against a window, when she fell alone, and when they fell together on to the patio outside the couple’s home.

Under cross-examination Mr Lillis responded as each injury on his wife's body was read out by SC Mary Ellen Ring.

He said he did not know how many injuries she had but he did explain some of the facial injuries and head injuries.

Mr Lillis said his wife's face was not pointed towards the ground after she fell. He said ‘she had turned her head’. He also said that he was not sure if his wife's head struck a window but thought it may have because she let out what he said was ‘an almighty scream'.

Under cross examination, Eamonn Lillis said the contents of a note found in his bedroom were based on a fictional story he was writing. He said that references in it were made about three characters, and not him. He said it did bear a resemblance to his life, but it was not about him.

The note contained lines such as: ' She will never share your bed. You will never take her to France. The only way to be with her is to stay here. Think of the positives of developing a new relationship. She will get that wedding dress. She will marry Keith next June. She will send out the invitations in January.'

Concluding her cross examination, Mary Ellen Ring SC for the prosecution said to Mr Lillis: 'The three head injuries were occasioned by the use of a brick used by you. You lied to the firemen, gardaí, your family, daughter and friends. You continued that lie because you had taken up the brick and hit her three times.

'These injuries caused her death as you were upstairs covering up the actions downstairs.'

Mr Lillis, who was in the witness box this afternoon for around 40 minutes, responded, 'That's not true'.

The jury has been sent home for the afternoon and will return tomorrow morning.

52-year-old Eamonn Lillis is pleading not guilty to the murder of his wife Celine at their home at Windgate Road, in Howth, Co Dublin on 15 December 2008.

This is day ten of the trial before Mr Justice Barry White. 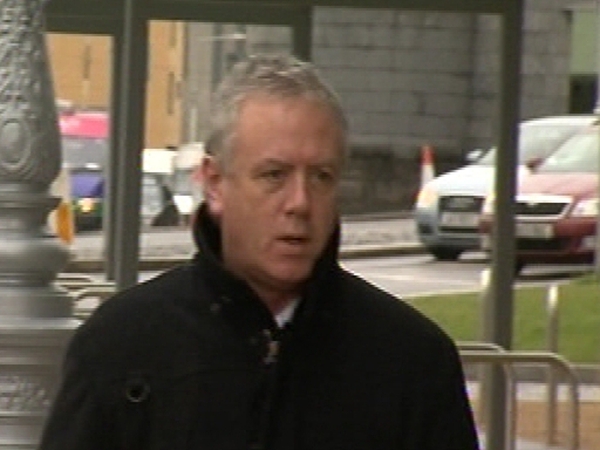