The woman who had an affair with Eamonn Lillis has said she started a physical affair with him eight weeks before his wife's death.

Mr Lillis, a 52-year-old television advertising producer, has denied the murder of his 46-year-old wife, Celine Cawley, at their home on 15 December 2008.

Beauty therapist Jean Treacy, 32, told the Central Criminal Court that she and Mr Lillis met almost every day and she said at the time she thought she had loved him, but now realises it was an infatuation.

The couple communicated mainly via text and phone calls on a handset that Mr Lillis bought for Ms Treacy.

She said she met him through Ms Cawley who was also a regular client at the beauty clinic where she worked in Howth.

Ms Treacy said in May of 2009 she received a three-page letter from Eamonn Lillis and package containing a 'Tiffany' diamond pendant.

She said the package, delivered to her new place of work, was wrapped in paper with the words of the Beyoncé song Halo written on it.

Ms Treacy told the court how she had contact with Mr Lillis several times since his wife's death.

At one of the meetings he gave her an account of what happened when Ms Cawley died.

Ms Treacy said that the two had a row after he forgot to take the rubbish out. He told Ms Treacy that his wife had called him a terrible and useless husband.

He described the exchange between the couple as disgusting.

Mr Lillis told her that the physical row broke out between the two in the kitchen, which then moved out onto the decking area outside the house.

He told her that Ms Cawley had slipped and then bounced up ‘like a beach ball’.

Mr Lillis told Ms Treacy, according to her evidence, that Ms Cawley bit his finger continuously and he was afraid she was going to bite it off and so gently pushed her forehead back.

He said he then noticed a pool of blood forming and told Ms Treacy that the brick must have been behind her at the time.

Mr Lillis told Ms Treacy that he and his wife, who had regained consciousness, had agreed to say that there had been a robbery as an explanation to their daughter for their physical injuries.

Ms Treacy told the trial that she had asked Mr Lillis why he had not told gardaí the full story, he responded by saying he had panicked and was told not to by his solicitor.

The trial has been adjourned until tomorrow morning. 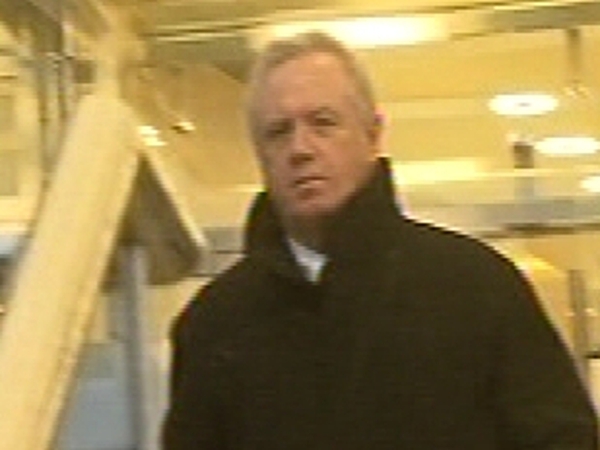 Lillis described wife as a 'fighter'