Police in Majorca are on heightened alert following yesterday's car bombing on the holiday island in which two civil guards were killed.

The armed group, ETA, which is campaigning for Basque independence, is suspected of carrying out the attack in the resort of Palmanova.

Spanish police said a second bomb was defused later in the same location.

The funeral service of the two policemen took place today.

The booby-trap bomb detonated under their patrol car outside a barracks, he added.

Later police found a second bomb under another police car at another nearby barracks and carried out a controlled explosion after they were unable to defuse it.

Prime Minister Jose Luis Rodriguez Zapatero blamed the 'criminal attack' on the 'terrorist group ETA' and vowed to bring all members of the outfit to justice.

Ports on the island were operating normally but boat traffic was facing tighter controls than usual, a spokesman for the port authority on the Balearic Islands said.'Boats cannot enter or leave the island without the authorisation of the civil guard. There are only slight delays affecting passengers due to search operations,' he said.

The Dublin Airport Authority said flights to and from Palma, Majorca, are running to schedule. However passengers who have concerns should contact their airline.

The Irish Tour Operators Association estimates that approximately 2,000 Irish tourists are currently on the island of Majorca.

They say there is no need for Irish visitors to change their travel plans.

The Department of Foreign Affairs is advising Irish citizens travelling to Spain to be vigilant and to follow guidance from local police. 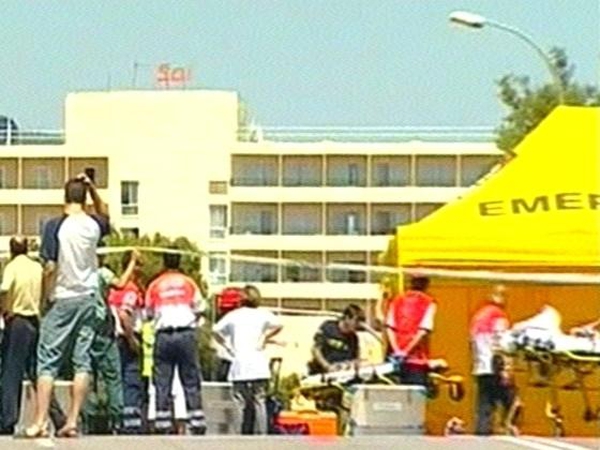