Four of the five men being sued by the families of the Omagh bomb victims have been found liable for the atrocity carried out by the Real IRA in 1998.

The Omagh families said the ruling had brought them a measure of justice.

In a landmark ruling, Mr Justice Morgan awarded combined damages of over £1.5m to the relatives who brought a lawsuit against five men they believed were responsible for the Omagh bombing.

The judge found Michael McKevitt, who is serving a sentence for directing terrorism for the Real IRA, to be responsible for the attack.

Liam Campbell, Colm Murphy and Seamus Daly were also held liable for the August 1998 attack. The case against a fifth defendant, Seamus McKenna, was dismissed.

More than 20 of the Omagh relatives were in court to hear the verdict.

29 people including a woman pregnant with twins died in the Real IRA attack in August 1998.

Frustrated by the lack of a criminal prosecution in the case, the relatives of some of those who died launched this landmark civil action over eight years ago.

The families also filed a claim against the Real IRA, the first time a paramilitary group had been sued. It was also found liable for the attack in today's ruling.

The case began in April last year and made legal history when the judge crossed the border to hear evidence from gardaí at a court in Dublin. 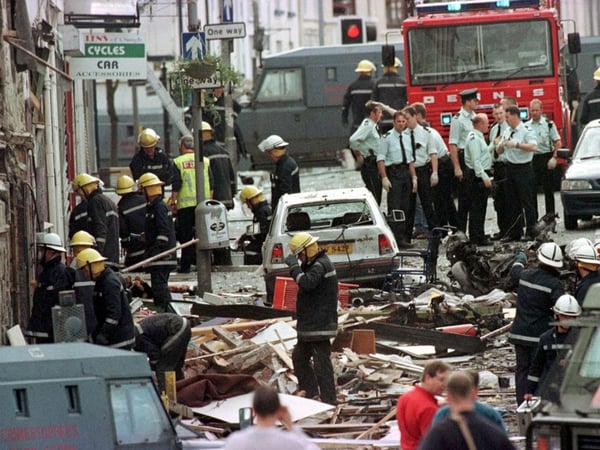