The British prime minister was challenged today by victims' families to publish a report of a review of intelligence material surrounding the Omagh bombing.

The review was ordered by Gordon Brown last September after it was claimed GCHQ was monitoring Real IRA phone conversations as the bombers drove the device into the Co Tyrone town in August 1998.

The attack claimed the lives of 29 people plus two unborn twins and was the worst single atrocity in the Troubles.

Peter Gibson, the Intelligence Services Commissioner, was invited by Mr Brown to 'review the intercept intelligence material available to the security and intelligence agencies in relation to the Omagh bombing and how it was shared'.

The report was completed and handed to Mr Brown before Christmas and a spokesman said it was anticipated there would be a British government comment on it in the next couple of weeks.

However, it is understood that such is the sensitive nature of the content, the report will not be published.

Michael Gallagher, whose son Aiden died in the bombing, said: 'If the report is not published how are the families going to have the confidence that it was a comprehensive investigation?'

An Irish report into a claim by Garda Detective Sergeant John White that information given to him by an informant and passed on to senior officers was not passed to the Royal Ulster Constabulary, was also never published.

Mr Gallagher (right) said: 'That was treated as an internal inquiry and we see this report being treated in the same light.

'If it is not published, the families will not be reassured that everything possible that could have been done to stop the bombing, or to catch the bombers, was done.

'Why would the government want to hide the facts from us?' 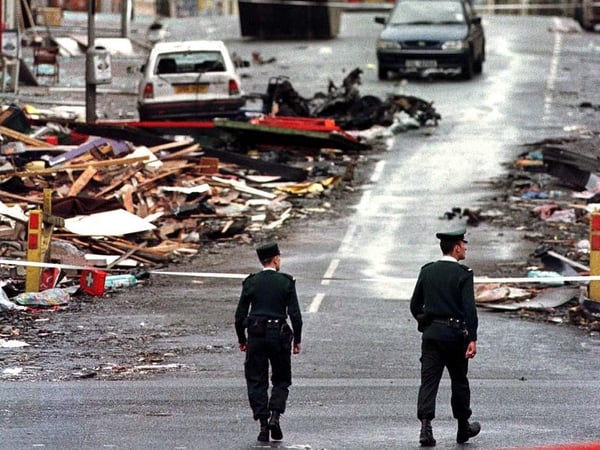