Myanmar's military regime will allow ambassadors from three foreign countries to meet detained opposition leader Aung San Suu Kyi at the prison where she is on trial.

The envoys from Thailand, Singapore and Russia are to hold a rare meeting with the Nobel peace laureate in the notorious Insein Prison.

The move comes after the ruling junta said that reporters and diplomats could attend Aung San Suu Kyi's trial today, in an apparent climbdown after the first two days of hearings were held behind closed doors.

A western diplomat, speaking on condition of anonymity, said Thailand was picked because it holds the chairmanship of the Association of Southeast Asian Nations, while the Singaporean envoy is the doyen of Yangon's diplomatic corps and Russia heads the UN Security Council.

Asked why the regime had allowed the meeting, the diplomat said that it may be due to international pressure on the ruling generals, particularly by ASEAN.

Myanmar, also known as Burma, had allowed diplomats from all 30 foreign embassies to observe the trial but the move was for one day only, the diplomat said.

Local officials earlier confirmed that diplomats would be able to attend the trial and witnesses saw several diplomatic cars arriving at the jail on the outskirts of Yangon.

It also said that ten journalists - five from foreign news organisations and the rest from local organisations - would be allowed to cover the trial. 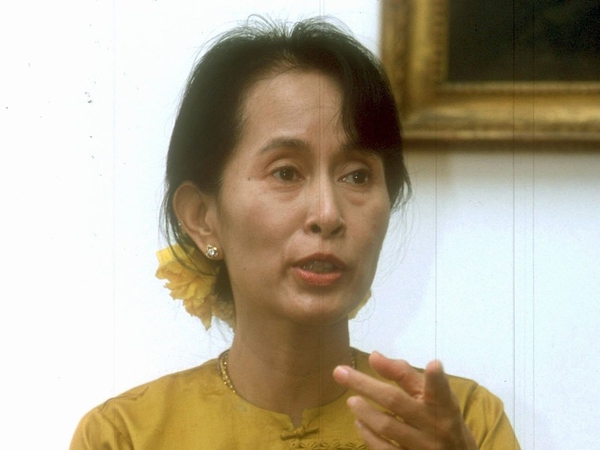