Both Fianna Fáil and Fine Gael are in danger of losing an MEP, according to a tns/MRBI poll of the four European constituencies.

The poll in tomorrow's Irish Times shows that Labour could gain from Fine Gael in East, while Fianna Fáil is in a tight fight with Sinn Féin for the last seat in Dublin.

Some 500 people were polled in each of the four European constituencies on Monday, Tuesday and Wednesday of this week.

In the East, Fine Gael's Mairead McGuinness on 33% is ahead of running mate John Paul Phelan on 9% and unless the vote is split better, the second Fine Gael seat could be lost to Nessa Childers of Labour.

Fianna Fáil's Liam Aylward is on course to retain his seat.

FF’s Brian Crowley and Seán Kelly of Fine Gael should retain their seats in the South, with the third seat being contested by sitting Independent Kathy Sinnot, Labour's Alan Kelly and possibly Toireasa Ferris of Sinn Féin.

The polls also suggests that seats would be taken by Jim Higgins of Fine Gael, Pat the Cope Gallaher of Fianna Fáil and Independent Marian Harkin in the North West.

The Taoiseach has responded to his party’s poor showing in the latest opinion polls by saying the Government is taking the decisions that are in the interests of the country.

He said there is a ‘long haul of recovery’ to be implemented, and that both the European Commissino and the ESRI has confirmed that the Government’s policies are the right ones.

The TNS/mrbi poll in today's The Irish Times shows Fine Gael's support at a new high of 38%, which is a 17-point lead over Fianna Fáil, which dropped 1% to 21 points.

It also shows a further drop in satisfaction with the Government and Taoiseach Brian Cowen.

The independents and others are also unchanged at 9%.

Minister for Justice Dermot Ahern has said that Fianna Fáil's poor showing in the poll was the price the party has paid for steering the country through difficult economic times.

Speaking on RTÉ's Morning Ireland, Mr Ahern said that polls and elections were less important than making the right decisions in Government.

Mr Ahern also said that the poll results were not unexpected and that courting popularity is not on the Government's agenda.

Fine Gael leader Enda Kenny said the poll is a reflection of how let down the electorate feels by the Government.

Also on Morning Ireland, Fine Gael's Brian Hayes said the electorate would give its verdict on what he called Fianna Fáil's 'arrogance' in three weeks' time in the local European and bye-elections. 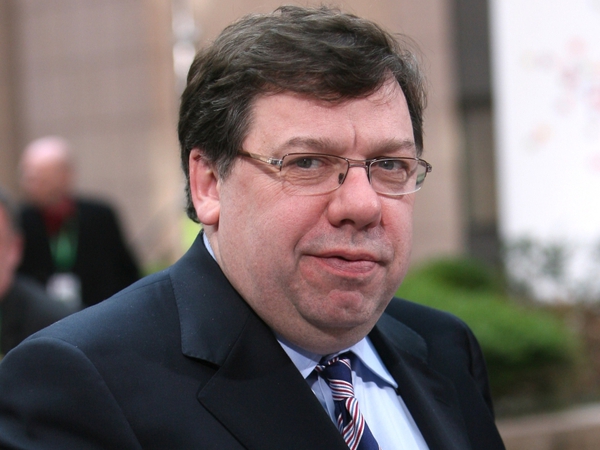