Fine Gael has hit a new high in the latest opinion poll, opening up a 17-point gap over Fianna Fáil.

The TNS/mrbi poll for tomorrow's Irish Times shows the main Opposition party making gains, mainly at the expense of Labour.

It also shows a further drop in satisfaction with the Government and with the Taoiseach, Mr Cowen.

This evening, the Taoiseach was campaigning in Dublin Central along with his predecessor, Bertie Ahern.

The bye-election there, and in Dublin South, as well as the local and European elections, will be held three weeks from tomorrow.

It will be Fianna Fáil's first electoral test since Mr Cowen took over as Taoiseach.

All the indications are that the main Government party is facing a disastrous result and the latest opinion poll, in tomorrow's Irish Times, does nothing to change that picture.

TNS/mrbi polled 2,000 people on Monday, Tuesday and Wednesday for their first poll since February, and asked them how they would vote if there was a general election.

Fianna Fáil is down one point to 21%, in the first Irish Times poll since the Emergency Budget.

Fine Gael, meanwhile, see a dramatic improvement and are up six points to 38%.

The independents and others are also unchanged at 9%.

Satisfaction with the Government fell four points, to just 10%.

86% now say they are dissatisfied with the Government's performance and just 4% have no opinion.

Regarding satisfaction with the way party leaders are doing their jobs, Brian Cowen scores just 18%, a fall of six since February.

Enda Kenny is up three at 33%, while Eamon Gilmore has the highest satisfaction rating at 51%, up 7. 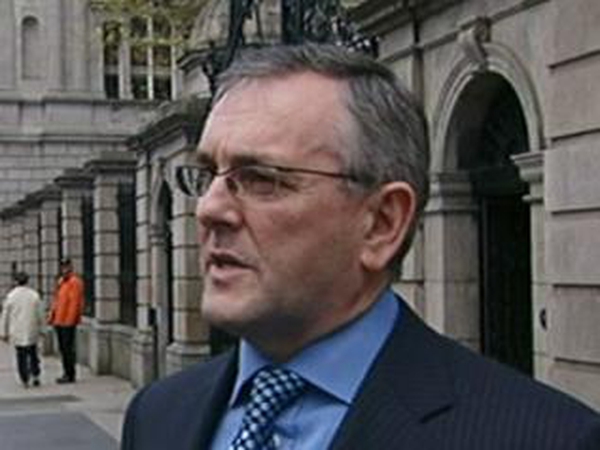