The Minister for Justice has said it is simply wrong to say that the Government public service moratorium could politicise appointments in the Garda Síochána.

The Association of Garda Sergeants and Inspectors says the Minister for Finance is now responsible for garda recruitment and promotions and this extends political control directly into who runs the force.

Dermot Ahern was speaking at the AGSI conference in Athlone.

He dismissed the association's claims as 'hogwash'.

He said that the process of selecting individual candidates for promotions and posts will remain as is.

Minister Ahern also said that in spite of the cutbacks, €1bn would be spent this year on garda pay and allowances and that the attested strength of the force would increase by 500.

The AGSI, meanwhile, has called for the end of a loophole in the law that enables people caught using mobile phones or speeding to avoid penalty points or a court conviction.

On the second day of the conference, gardaí also remembered 29-year-old Robert McCallion.

Garda McCallion, who was knocked down and seriously injured while investigating suspicious activity in Letterkenny on 26 March, died this evening at Beaumont Hospital in Dublin. 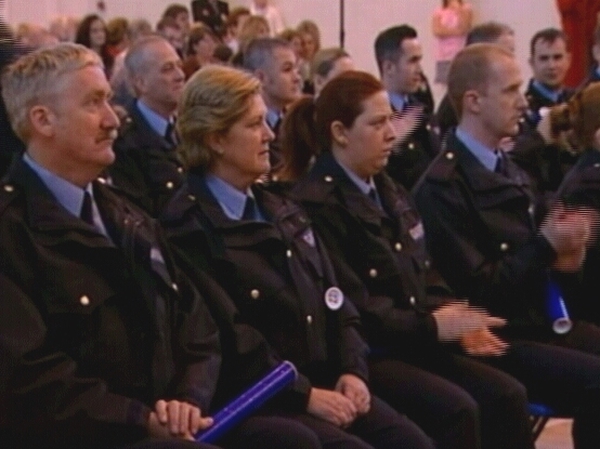