The Taoiseach has told the Dáil that the Government plans to make an adjustment of €16.5bn over the next five years between taxation and expenditure cuts.

He said that this plan has been sent to the EU Commission.

He said step one was to finalise savings of €2bn this year.

Mr Cowen rejected an accusation from Fine Gael leader Enda Kenny that the Government was floundering in the face of the economic crisis.

He said he was determined to involve everyone in a national effort and that would not be done without engaging with people.

Mr Cowen said progress was being made in talks with the social partners and that they will know by the end of the week if they can reach agreement.

Mr Cowen said that taxation changes in the medium term will be needed to close the gap between Government income and spending.

There was only one topic for the first Leaders' Questions of the new Dáil term - the economy.

Mr Kenny said the people of the country were frightened out of their wits and that the Government had no strategy.

He said the time for talking was now over - it was time for taking decisions. While Labour leader Eamon Gilmore said the Government had provided no plan, no strategy and no proposals.

But Mr Cowen put up a robust defence, saying he believed the best way of dealing with the problem was by seeking consensus with the social partners - and that as long as he was running the Government, he would run it as he saw fit.

He said that while they would try to ensure the burdens were shared, nobody would be exempt from the cuts.

As talks with the social partners continued last night, the Government signalled that pay cuts for all Oireachtas members were now on the agenda.

The Dáil and Seanad will both debate the economy this week, although without the details of the cutbacks.

Meanwhile, economic commentator Jim Power has predicted the unemployment rate may increase to 15% by this time next year in one of the gloomiest jobs forecast to emerge from the current recession.

The unemployment rate is currently running at 8.3% according to December figures released by the Central Statistics Office earlier this month.

FÁS says unemployment will increase to 12% by this time next year. In December the ESRI predicted unemployment would rise to 10% in 2009.

Mr Power, who is chief economist at Friends First, says the country is facing a labour market crisis.

Speaking on RTÉ Morning Ireland, he said it was difficult to see any area of the economy that would be a net job creator over the next 12 months and easy to see areas of the economy losing jobs.

Mr Power said most of the economy was contracting including manufacturing, financial services, construction, hospitality and retail while there was a freeze in the public sector.

'Here in Ireland there was a sense of waiting until January to see if times got better before cutting jobs', he added.

He said the recession was feeling like a depression because so many people knew friends and colleagues who were losing their jobs and starting to feel very nervous about their own job prospects. 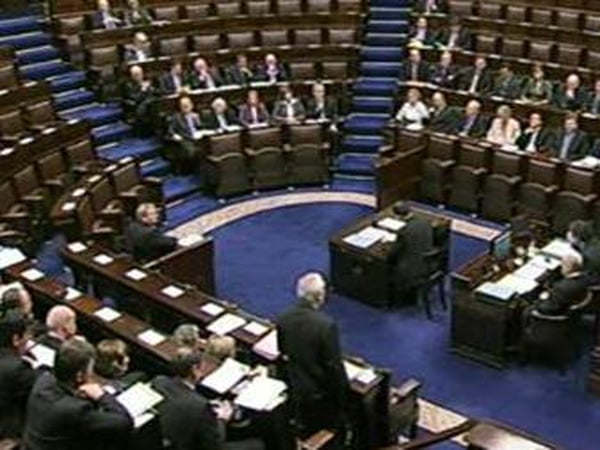