The man charged with the Northern Bank robbery has been acquitted.

Christopher Ward, 26, was set free by the judge after the prosecution said it would be offering no more evidence.

The judge then discharged the defendant.

The former Northern Bank employee had been charged with false imprisonment and robbery.

Mr Ward's solicitor, Niall Murphy, said: 'Chris Ward is relieved that today his innocence, which he has resolutely maintained since he was first charged almost three years ago, has finally been vindicated in a manner which is surely unique in the history of our legal system.'

The robbery of £26.5m (€33.5m) from the Belfast headquarters of the bank in December 2004 was the biggest in British or Irish history.

The PSNI and many politicians asserted it was carried out by the IRA, but Sinn Féin denied any involvement.

This is the third major case in which Northern Irish authorities failed to get a conviction, following the Omagh bomb trial and the search for the killers of Robert McCartney.

Northern Bank worker Chris Ward was labelled the 'inside man' by prosecutors, but he never faced any charge of IRA membership, denied any role in the robbery and today left Belfast's Crown Court a free man.

Republicans consistently denied involvement in the theft and while the authorities publicly blamed the IRA at the time, it is now those same police and prosecution services who are on the defensive after the dramatic collapse of the case.

'This case was about trying to prove a political theory about who was responsible for this robbery. It was not about finding those who were responsible.'

Prosecution counsel Gordon Kerr QC said the case had been brought before the court based on circumstantial evidence.

'Having considered the remaining evidence and the advice of counsel...it has been concluded that it would not be proper to make further submissions' he said.

Three masked men arrived at Chris Ward's house in Colinmill in Poleglass, on the western outskirts of Belfast, on 19 December 2004.

Mr Ward, an employee at the Northern Bank on Donegall Square West, was taken away while his family was held hostage.

He was driven to a house in Downpatrick, Co Down, the home of his supervisor Kevin McMullan.

Two men posing as police officers had already arrived at the McMullan house on the pretence of delivering bad news over a motoring accident - before taking the family captive.

On Monday morning, the two bank workers were given their instructions by the gang and told to go to work and carry out their normal duties in the cash centre in the basement of the bank.

At 6pm, acting on the gang's instructions, Chris Ward left the bank carrying a holdall containing about £1m and handed it to a man on the street, in what police believed was a dummy run by those who planned the heist.

At 7pm, money was loaded into crates and collected by a white box van that pulled-up in the alley where the building's loading bay is based.

An hour later, the van made a second collection from the bank and the vehicle was later filmed by roadside CCTV cameras as it drove out of Belfast.

It was nearly midnight when phone calls between the police and bank officials raised the alarm and the full significance of the raid started to emerge.

In its aftermath, PSNI Chief Constable Hugh Orde made a public statement to say that having assessed the available evidence, he believed the Provisional IRA was to blame.

A hunt for the cash was launched across Ireland, while the Northern Bank took the extraordinary action of re-issuing new-look bank notes to try and render the stolen cash worthless. 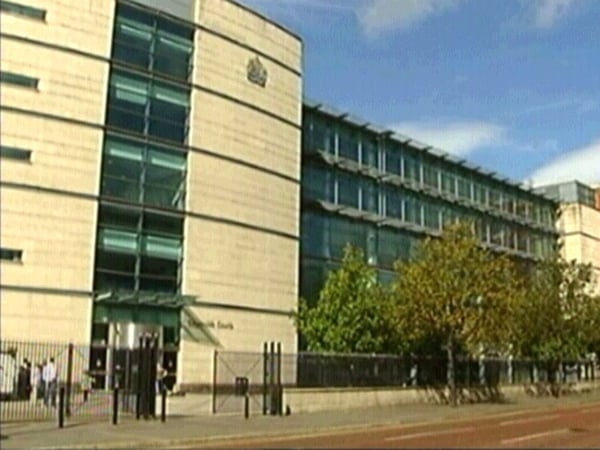