Developer Owen O'Callaghan has denied that an obliterated financial reference in lobbyist Frank Dunlop's diary has any connection to a meeting with then Taoiseach Bertie Ahern.

Mr O'Callaghan told the Mahon Tribunal he 'hasn't a notion' what Mr Dunlop was referring to.

Mr Dunlop has an entry in his diary for 13 June 1996 following a meeting with his then client Mr O'Callaghan.

He records Mr O'Callaghan as coming to an agreement with him, firstly in regard to his retainer payments, and secondly concerning his success fee for his work on the Quarryvale development.

But a third item is obliterated and forensic examination has failed to decipher the entry.

Mr O'Callaghan agreed that it had to refer to a financial matter and remembered discussing the first two issues but said he was 'stumped' as to the third matter.

In answer to Patricia Dillon SC he said to the best of his knowledge it did not refer to a payment to another person on his behalf.

Ms Dillon asked if his recollection was helped by a meeting recorded five days later between Mr Dunlop and Mr Ahern in Leinster House. 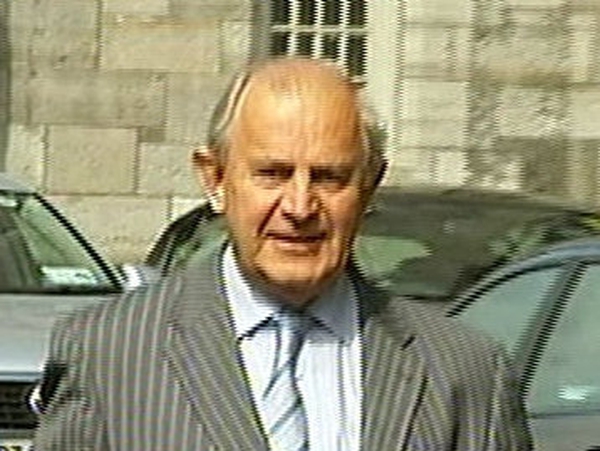