An INLA man who robbed over €700,000 from a Dublin bank while dressed as a woman has been sentenced to 12 years in prison.

Danny Hamill from Donnycarney in Dublin pointed a loaded pistol at a garda and threatened to kill him while trying to escape.

He and an accomplice entered the AIB bank in Crumlin on the morning of Saturday 3 June using a set of its front door keys.

Hamill was dressed as a woman in a black wig, dark glasses and a red dress and held two female staff hostage.

The 49-year-old had carried out armed robberies for the INLA in the past, but the money he robbed during this raid was for himself and his accomplice, the Circuit Criminal Court was told.

The ATM machine had been broken to lure the men to the bank and Hamill had a scanner tuned to the garda frequency, cut the CCTV system and took the hardrive with the footage as he left.

The judge said the raiders knew the bank's system and the building had been 'well cased'.

He also praised the bravery of the gardaí who foiled the raid - Robert Reilly whom Hamill pointed a loaded 9mm pistol at and threatened to kill, and Caitriona Joyce who was pregnant at the time but blocked the exit.

In sentencing Hamill to 12 years in prison with the last two suspended, the judge said Hamill was of no assistance to the gardaí when he could have cleared up the lingering mystery of how he managed to get the three front door keys to the AIB branch.

He also criticised the security systems in the bank and said there was clearly a deficiency in AIB's keyholding procedures.

AIB has given a brief response to the judge's criticisms.

A spokeswoman said that the bank regularly carries out reviews of its security procedures and in this case has already addressed the issues referred to by the judge. 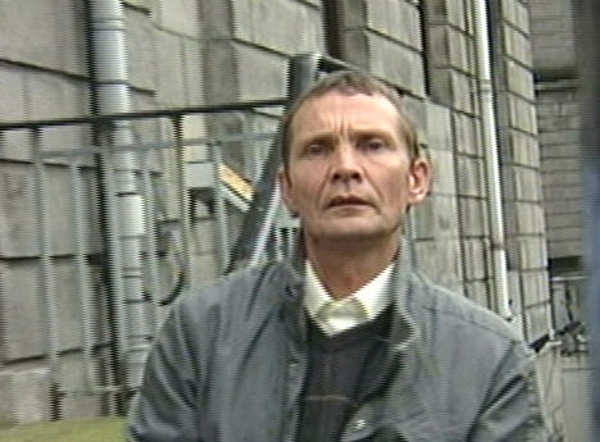