A jury at the inquest into the death of Derek O'Toole has returned a finding of death by misadventure.

A spokesperson for the O'Toole's family called for the family to be given a few days to consider the verdict and its implications.

The jury also made a recommendation that the blood alcohol limit for drivers be set at zero.

Earlier the off-duty garda, who was driving the car that was involved in the fatal road accident in which Mr O'Toole died, gave details of the amount of alcohol he had drunk on the night of the accident last March.

He told the inquest that he had drunk three pints of Guinness and less than two bottles of beer that evening.

Garda Damien Carey was found to be under the legal limit when breathalysed shortly after the incident in Lucan in Dublin in the early hours of 4 March.

Garda Carey said that he had done everything possible to avoid the collision, having thought that perhaps a black plastic bag was lying on the road.

Annette Ford of the Garda Forensic Division told the inquest that there was no evidence that Mr O'Toole had been struck by a second vehicle.

Earlier, a passenger in the car being driven by Garda Carey when Mr O'Toole was struck gave evidence at the inquest.

Deirdre Foley told the inquest that she felt a small bump and was shocked to see the body of a man on the road covered in blood.

At about 5am Mr O'Toole was run over on the main street in Lucan. His body was removed to Connolly Hospital Blanchardstown where he was pronounced dead at 7.30am.

Garda Damien Carey was arrested shortly afterwards, but when breathalysed was found to be under the legal limit. 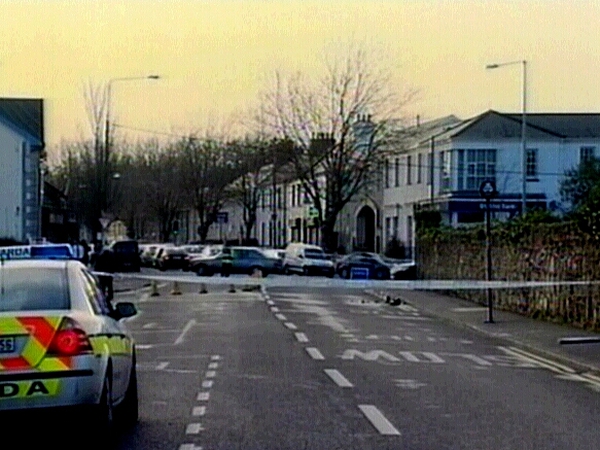