The High Court has ordered the editor of The Irish Times and its Public Affairs Correspondent to comply with the Mahon Tribunal.

They have been told to attend and answer all questions related to the source for an article written about payments to the Taoiseach which was published in the newspaper in September 2006.

The National Union of Journalists has said it is gravely disappointed at the order.

In September 2006, The Irish Times published an article giving details of Mahon Tribunal investigations being made into payments made to Bertie Ahern in 1993.

The tribunal summonsed journalist Colm Keena and editor Geraldine Kennedy before it and asked them questions about the source of the information they printed.

Their refusal to answer led the tribunal to seek High Court orders compelling them to do so.

This morning in a reserved judgment, the three-judge court granted the orders compelling the two defendants to go before the tribunal and answer all questions.

In its judgment the court said the 'manifest breach' of the direction of confidentiality gave the tribunal ample power to conduct an investigation into the source of the leak.

It also said it was satisfied that the tribunal enjoys a right to impose confidentiality in respect of material assembled in its private investigative phase, even on third parties.

It criticised the journalists' decision to destroy the documents, saying it was an 'astounding and flagrant disregard of the rule of law'.

Afterwards the two journalists expressed disappointment at the decision and said they would consider their options over the coming days.

The National Union of Journalists says the decision has serious implications for journalism. 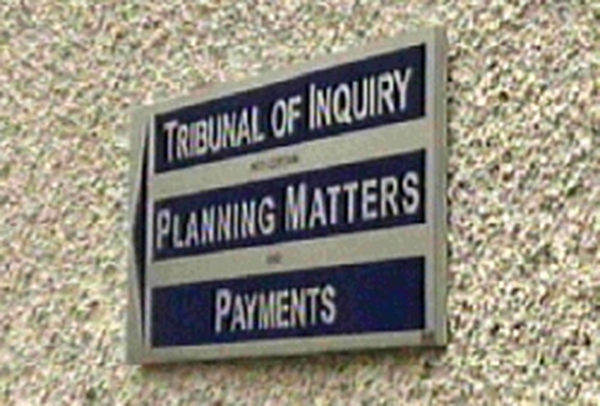