The Supreme Court has more than doubled damages awarded by the High Court to Donegal publican Frank Shortt.

Mr Shortt, 72, a married father of five, was wrongly convicted in 1995 of allowing the sale of drugs at his Point Inn premises in Quigley's Point, Co Donegal.

In October 2005, the High Court awarded Mr Shortt €1.93m in damages for the miscarriage of justice he suffered, and granted him his substantial legal costs.

But Mr Shortt appealed the award to the Supreme Court, which heard the action in May of last year.

This morning the court awarded more than €4.5m.

The Supreme Court increased the general damages including aggravated damages from €500,000 to €2.25m.

In his judgment, Chief Justice Mr Justice John Murray said Mr Shortt had been the victim of disreputable conduct and a shocking abuse of power on the part of two garda officers.

He said both engaged in a conspiracy to concoct false evidence against the plaintiff which in turn resulted in perjured garda evidence being given at his trial, leading to his conviction.

What followed, he said, was a tormenting saga of imprisonment, estrangement from family, loss of business, public and professional ignominy and despair.

As a result of his ordeal, Mr Justice Murray said Mr Shortt should be awarded very substantial compensatory damages, far in excess of the amount awarded by the High Court.

He also found aggravating elements to be manifest, and ruled he should get further aggravated damages for the outrageous and arrogant manner in which the wrongs were inflicted on him.

He further found compelling reasons for awarding substantial exemplary damages, including that the due process of law had been undermined, as had An Garda Síochána.

Mr Shortt was not in court for the judgment but afterwards his solicitor, Katherine Ward, said Mr Shortt welcomed it unreservedly.

It was a complete vindication of her client, she said, and emphasised the scale of injuries done to him and the effects the actions of An Garda Síochána had on him and his family.

While Mr Shortt's son, Jalisco, said the family were over the moon, he added that no words could describe how good they were all feeling.

The judgment showed, he said, that his father was an innocent man and finally his name was now vindicated and cleared. 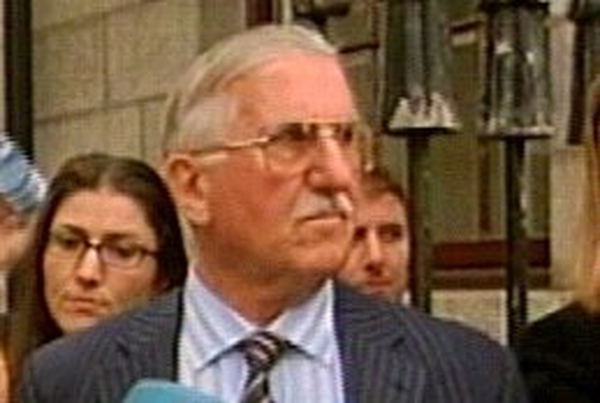