Celebration and speculation are rife among locals in the villages of Foynes in Co Limerick, and Millstreet in Co Cork, where Ireland's two winning Euromillions tickets were sold.

Both tickets were quick picks.

The first was sold in Costcutters supermarket on the Main Street in Foynes on Thursday.

Shop owner Vincent Kelly says the store has been packed with well wishers and ticket checkers since early this morning, but so far the winner's identity is not known.

Similar sentiments were expressed by John Coleman, the owner of the Spar shop in Minor Row in Millstreet, where the second winning ticket was sold yesterday.

He said locals were taking the news as a sign of good luck for the whole community.

The winners will receive over €9.6 million each but will have to wait until Monday to claim their prize when the National Lottery office in Dublin re-opens.

There were 20 winners of the €183million jackpot across Europe. 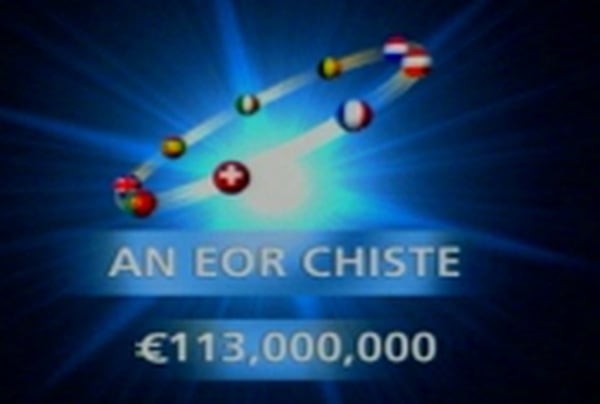