US President George W Bush has welcomed the death penalty verdict in Saddam Hussein's trial of crimes against humanity, saying the verdict was a major achievement for Iraq.

This morning the former Iraqi leader was sentenced to death by hanging after being found guilty of crimes against humanity in ordering the deaths of 148 Shia villagers in 1982.

The British government has also welcomed the convictions.

Britain's Foreign Secretary Margaret Beckett said all the defendants were being held accountable for their crimes.

The British Home Secretary, John Reid, said the verdict was an achievement for Iraq and an ultimate expression of its own sovereignty.

Earlier, Saddam Hussein treated the Baghdad court with disdain. Initially he refused the judge's order to stand to hear the verdict, until he was brought to his feet by two court officials.

As the chief Judge, Raouf Abdul Rahman, was delivering the sentence at the Iraqi High Tribunal in Baghdad, a defiant Saddam Hussein interrupted by saying 'God is great' and 'long live Iraq'.

Reports said that the sound of gunfire celebrating the verdict was heard in Baghdad after the verdicts were announced.

A death sentence or life imprisonment generates an automatic appeal, delaying any execution by months at least.

Saddam has said he wants to face a military firing squad, not the hangman.

Iraq's Shi'ite-led government has said Saddam Hussein had got what he deserved, but a senior Sunni Arab member of parliament dismissed the verdict as political.

In a televised address to the nation two hours after the verdict, Prime Minister Nuri al-Maliki, a Shi'ite Islamist, said Saddam Hussein ''is facing the punishment he deserves,".

But there was anger in Saddam Hussein's home town of Tikrit in northern Iraq, where thousands of Sunnis took to the streets to show their support, chanting "We will avenge you Saddam". 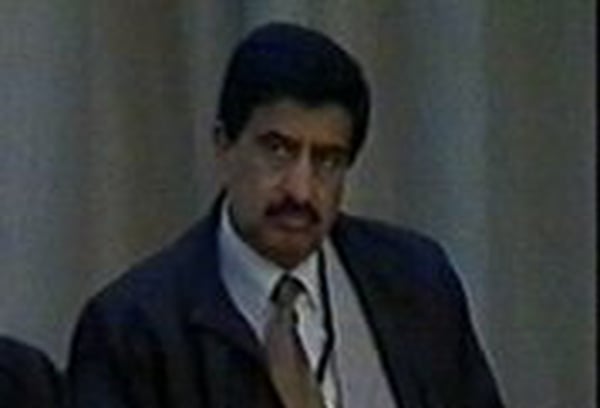