The Minister for Justice, Michael McDowell, has said that he supplied documents to the Irish Independent for their story on allegations that Frank Connolly had applied for a false passport.

Mr McDowell also said he was protecting the security of the State when he told the Dáil that Mr Connolly had travelled to Colombia on a false passport.

The former journalist denies visiting Colombia and has accused Mr McDowell of abusing his ministerial position.

Opposition politicians have accused the Minister of abusing his position.

Green Party Justice spokesperson Ciaran Cuffe TD said: 'This is a dangerous use of Ministerial power that could be perceived as Ministerial intervention in a particular case that has been with the Director of Public Prosecutions. It is important to note that the DPP did not proceed with a prosecution. It is a bad precedent.'

Speaking on RTÉ Radio's News at One, Mr McDowell revealed that he had given the bogus application forms to the newspaper.

He said he did so because it was not a confidential document and the people were entitled to know.

Mr McDowell also said he released the document because 'on a previous RTÉ programme remarks had been made that suggested that there was no truth whatsoever in these questions that were being raised about Mr Connolly'.

The Tánaiste and Minister for Health, Mary Harney, has supported Mr McDowell's judgement.

She said Mr McDowell was correct to give information to the Dáil and that it was not in the public interest to conceal the information.

The information given by Michael McDowell was not confidential information that might effect a prosecution, she said.

Speaking in Kilcock, Co Kildare, at the opening of the new M4/M6 motorway, Mr Cullen said ministers are always being accused of being asked things and not putting the proper information on the public record.

He said Mr McDowell chose to do that and the facts speak for themselves. 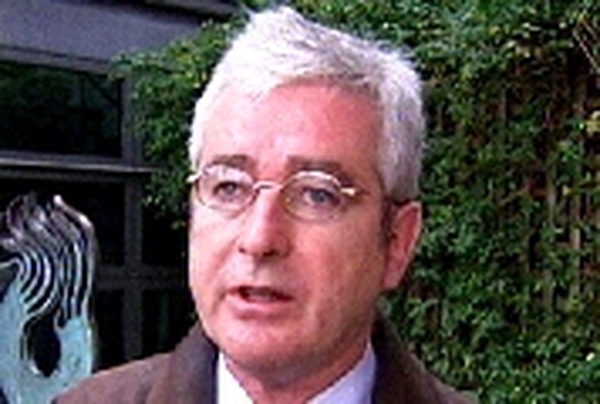 US backer withdraws funding for CPI