The head of the Independent International Commission on Decommissioning has said that he is satisfied that the IRA has completed its disarmament.

General de Chastelain said the decommissioning body had reported to the Irish and British governments that it had observed and verified events to put beyond use all of the arms in the IRA's possession.

He added that the arms also included all the categories in estimates provided by the security forces.

General de Chastelain said that as far as he was aware, no photographs were taken of the decommissioning process, certainly none by the commissioners.

'Those who were sceptical about decommissioning would have to take me on trust,' he said. 'We have nothing to gain by telling you this is done. We are not prevaricating, we are telling you what we think.'

He also said it remained for the IICD to address the issue of loyalist arms and he asked everyone with influence to use it to that end.

In a statement, the clergymen said: 'We are certain, utterly certain, about the exactitude of this report because we have spent many days watching the painstaking way General de Chastelain went about the task.

'The experience of seeing this with our own eyes on a minute to minute basis provided us with evidence so clear and incontrovertible, it demonstrated to us that beyond any shadow of doubt the arms of the IRA have now been decommissioned.

'In light of this, and to create universal confidence, we wish to ensure everyone and especially those in Northern Ireland that decommissioning is now an accomplished fact.

'This development will become a benchmark for the resolution for political conflicts everywhere; for people of Northern Ireland it will herald the dawn of a new peace,' the clergymen said.

It is thought that Rev Good's words in particular will heavily influence unionist reaction.

Some unionists might have preferred a minister from Ian Paisley's Free Presbyterian Church. However, Rev Good will be trusted in many quarters.

In a statement to RTÉ News in the wake of the news conference, the IRA confirmed it has disarmed.

The statement said: 'The leadership of Óglaigh na hÉireann announced on July 28 that we have authorised a representative to engage with the IICD to complete the process to verifiably put arms beyond use. The IRA leadership can now confirm that the process of putting our arms beyond use has been completed.'

The statement was signed P O'Neill and dated 26 September.

General de Chastelain and two other commissioners, Andrew Sens of the US and Tauno Nieminen of Finland, have been in Ireland since the beginning of this month overseeing the decommissioning.

The three's brief has been a tough assignment, with more stops than starts since the 1998 Good Friday Agreement.

The worst time was October 2003 when General de Chastelain's curtailed account of a bout of decommissioning could not prevent the Ulster Unionist leader, David Trimble, from pulling out of power-sharing.

The IRA declared an end to its armed campaign on 28 July. 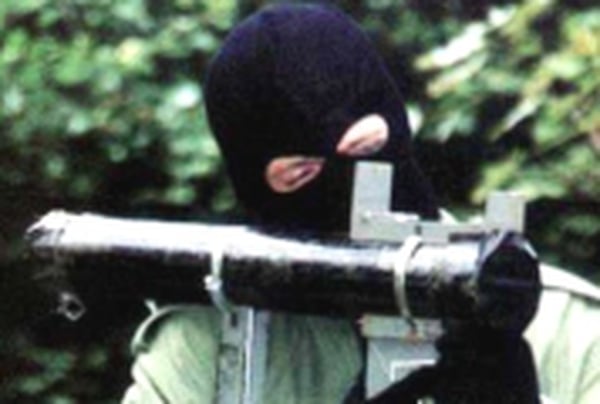