A 49-year-old man named as Terence Davison has appeared in court in Belfast charged with the murder of father of two Robert McCartney.

A second man, 36-year-old James McCormick, was charged at Belfast Magistrates Court with the attempted murder of Mr McCartney's friend, Brendan Devine, on the same night.

The Court was told that the charges against Terry Davison are based on the evidence of two witnesses. In Mr McCormick's case, the main plank is ID evidence but there is also some forensic evidence.

Mr McCartney, 33, was stabbed outside a Belfast pub on 30 January last and died the following day in hospital.

Both men were remanded in custody until 1 July.

Mr McCartney's sisters and his fiancée, Bridgeen Hagans, have mounted a high-profile campaign for prosecutions in the case.

Earlier they welcomed the arrests as a potentially important step.

They also repeated the view that up to 15 people were involved in Mr McCartney's murder and subsequent cover-up.

Mr McCartney's family and Mr Devine were among those in the public gallery at today's hearing. 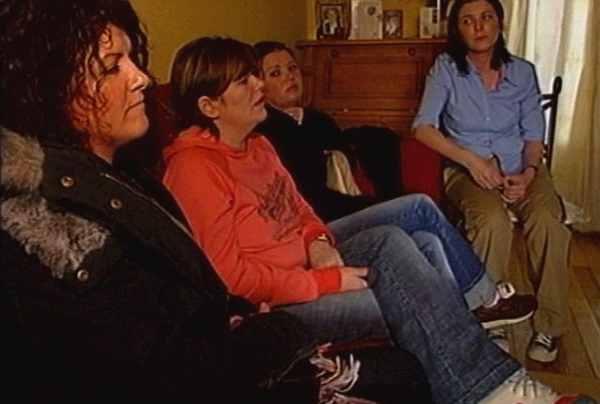