Sinn Féin President Gerry Adams has condemned threats made against the family of the murdered Belfast man, Robert McCartney.

The PSNI has warned the McCartneys of threats from 'criminal elements' to burn them out of their homes.

Mr Adams said that - despite what the McCartney family might think - republicans were not involved in making the threats.

One of Mr McCartney's sisters, Catherine McCartney, said the family was determined to continue fighting for justice for her brother despite the latest development.

While police did not specify who was responsible for the threats, Ms McCartney said she believed republicans were to blame.

Mr McCartney, 33, was stabbed to death outside a Belfast bar in January by a gang alleged to have included IRA members.

Earlier this week, the European Parliament voted to allocate funding to the McCartneys to pursue a civil action if the PSNI is unable to proceed with a criminal prosecution. 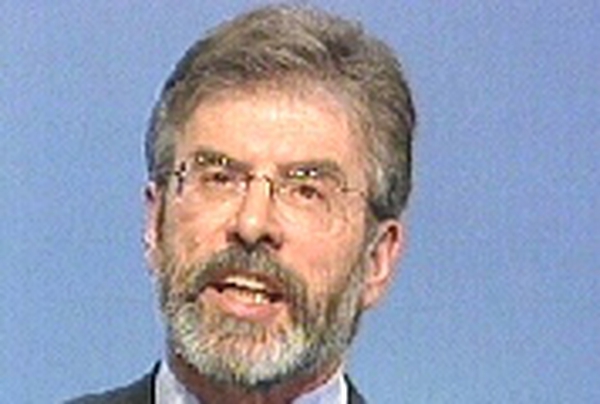