The family of murdered Belfast man Robert McCartney has said they are considering taking a civil action against his killers.

His sister, Catherine McCartney, said the family were seeking legal advice on the issue.

The action would be similar to the one being brought by the Omagh families against those suspected of the 1998 bombing.

Speaking at Easter Rising commemorations in Derry, Mr Adams said he would not let the issue go until those who have sullied the republican cause are made to account for their actions.

‘What we have to acknowledge first and foremost is that the statement that the IRA, that they were prepared to shoot the people responsible, was in my opinion a huge mistake,’ Mr McGuinness told ITV 1’s Jonathan Dimbleby programme.

‘It also detracted from what was a very important statement, because the IRA, I think, in this statement dispelled any notion whatsoever that they were prepared to cover up for the people who murdered Robert McCartney. It would have been terribly wrong, and it would have been deplorable,’ he added.

Mr McCartney, a 30-year-old father of two, was killed outside a bar in Belfast on 30 January. His sisters and fiancée said members of the IRA carried out the attack and then carried out a clean-up operation.

The McCartney sisters and Bridgeen Hagans have since travelled to the US to meet senior politicians in their bid to get justice for their brother’s murder.

The IRA expelled three members and Sinn Féin suspended seven people following the murder, but the PSNI has said its investigation has been thwarted by the refusal of witnesses to come forward.

Mr McGuinness has also stressed that he believes a deal to restore power-sharing in Northern Ireland could be achieved after the British General Election in May. 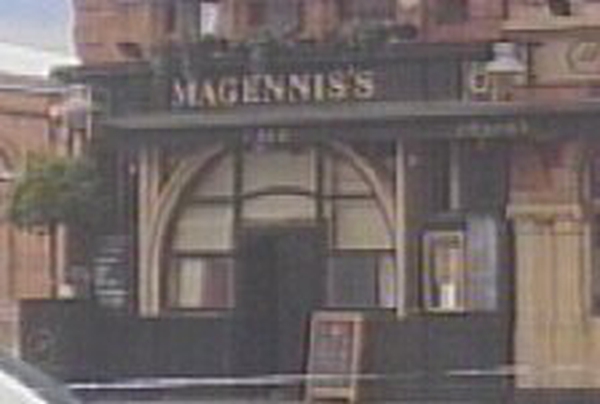 Adams calls for information on murder