Tens of thousands of pilgrims have already been pouring into Rome in advance of Friday's funeral of Pope John Paul II.

Some estimates say that as many as four million mourners, including one million Poles, may join the ceremonies on Friday, which are to be attended by up to 200 heads of state and government.

Throughout today long queues of pilgrims and visitors continued to file into Saint Peter's Basilica to pass near Pope John Paul’s remains, which are lying in state there.

The Vatican estimates that by the end of the day one million people will have filed past the body.

Separately in Dublin, a Solemn Mass of Remembrance was concelebrated in the Pro-Cathedral this evening.

The Archbishop of Dublin, Dr Diarmuid Martin, and the Apostolic Nuncio, Archbishop Giuseppe Lazzarotto, were the main concelebrants.

The mass was attended by an overflow congregation which included the President, Mary McAleese, the Taoiseach, Bertie Ahern, and the Tánaiste, Mary Harney.

Meanwhile in Belfast, mass for the Pope was also celebrated this evening at St Peter's Cathedral.

The attendance included the city's Lord Mayor, Councillor Tom Eakin, as well as representatives of the Church of Ireland and Presbyterian churches.

In his homily, the Bishop of Down and Connor, Dr Patrick Walsh, described Pope John Paul II as a great moral leader who was in truth the conscience of the world.

Earlier this afternoon, Cardinal Desmond Connell arrived in Rome for the Pope's funeral.

He is the only member of the Catholic hierarchy in Ireland who will be allowed to vote in the election of the Pope's successor.

It has been meanwhile confirmed that the Fine Gael leader, Enda Kenny, will join the official Irish delegation to the funeral. Mr Kenny will accompany the President and Dr Martin McAleese, the Taoiseach and the Tánaiste.

This morning, President McAleese signed a Book of Condolence at the Apostolic Nunciature in Dublin.

Last night, the Archdiocese of Dublin announced that there would be a special public prayer service at the Papal Cross in the Phoenix Park in Dublin on Friday.

The service will begin at 6.30pm and will include prayers and music to commemorate the life of Pope John Paul.

Throughout this week special masses for the Pope are being held across the country.

Find out about the process of electing a new Pope here 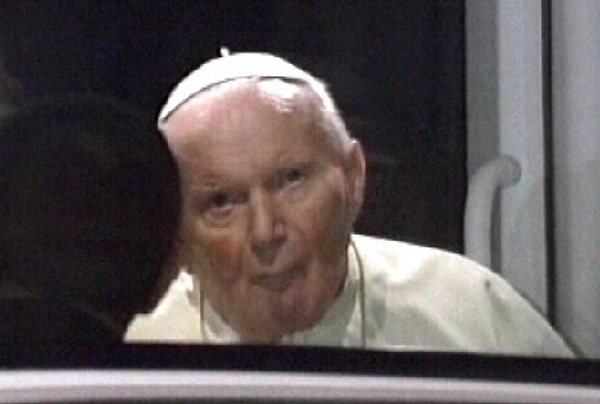