A statement issued by the Vatican said he died at 8.37pm this evening.

His death was announced by Cardinal Sodano to a still and crowded Saint Peter's Square.

The news was met with a long applause - an Italian sign of respect - by the 100,000 present in St Peter's Square. Bells tolled and many people wept openly.

Dublin's Pro Cathedral is to remain open until midnight tonight to allow people to pray for the deceased Pope.

John Paul will be remembered for his role in the collapse of communism in Europe and his unyielding defence of traditional Vatican doctrines as leader of the world's 1.1 billion Catholics.

Huge crowds had staged a tearful vigil in St Peter's Square, praying for a man already being dubbed by some Catholics as 'John Paul the Great'.

The Pope's health had deteriorated steadily over the past decade and earlier this year took a sharp turn for the worse.

The Pontiff, once a lithe athlete and powerful speaker, was already racked by arthritis and Parkinson's Disease, his voice often reduced to a raspy whisper.

He was rushed to hospital twice in February and had to have a tracheotomy to ease serious breathing problems. But he never regained his strength from the operation and failed dramatically on two occasions to address crowds at St Peter's Square.

On Wednesday doctors inserted a feeding tube into his stomach to try to boost his energy levels. A day later he developed a urinary infection and high fever that soon precipitated heart failure, kidney problems and ultimately death.

According to pre-written Church rules, the Pontiff's mourning rites will last nine days and his body is likely to be laid to rest in the crypt underneath St Peter's Basilica.

The conclave to elect a new Pope will start in 15 to 20 days, with almost 120 cardinals from around the world gathering in the Vatican's Sistine Chapel to choose a successor. 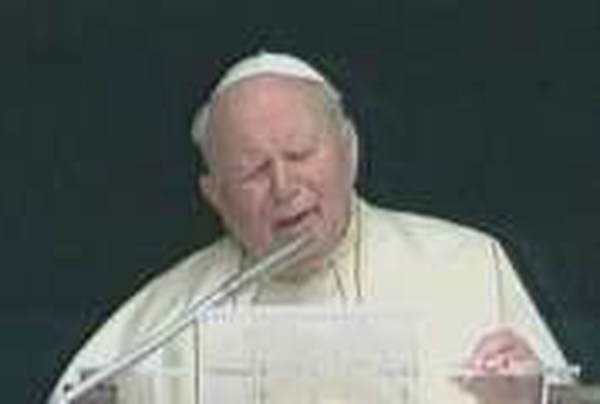