Even though celebrities such as Alan Cummin, Stephanie Beatriz and Lili Reinhart are doing much to raise awareness around bisexuality, there is still a long way to go.

Plenty of misconceptions still exist, making Bi Visibility Day – on September 23 – so important. Sam Neath, a trustee for Pride in the U.K., says: "[It’s] a really good opportunity to hear from bisexual people, for them to be visible, to be seen, to share their own stories, and use it as a massive education piece for wider society as well – to try and bust some of those myths that unfortunately still exist around bisexuality."

As someone who is bisexual, Neath finds the concept "really, really simple – being attracted to human beings and to individuals as people rather than any particular gender", but she accepts some people might find it harder to wrap their heads around – and a lot of this is down to "a lack of education", she says.

This Bi Visibility Day, it’s time to dispel some of the key myths once and for all…

Neath says it’s important to note it might be a phase for some as "their attraction will change over their lifetime".

However, for "many, many, many people who identify as bisexual or under the bi umbrella, it’s just not the case", she explains. "For many people it’s their entire lives, they’ll always be attracted to more than one gender – it does exist, it’s a thing in itself."

Calling bisexuality a ‘phase’ risks minimising someone’s identity – and potentially suggests it’s something to be ‘grown out of’.

This is another myth she wants to debunk, saying: "It’s just not the case, just the same as straight and gay people. We will fall in love with one person potentially and want to be with one person – that doesn’t mean we’re always looking for the next person, or someone of a different gender."

Unfortunately, there aren’t particularly many well-drawn bi characters in film and TV to help dispel this myth.

She says there’s a risk this oversexualisation means bisexual women in particular are seen as "a kind of plaything for straight people".

There’s a common misconception that bisexual people are only cisgender men and women – those whose gender identity is consistent with their birth sex.

Whereas Neath likes to use the phrase "bi umbrella", because "there’s multiple identities underneath that as well", she says. "When we talk about bisexuality, it’s not just about cisgender people – it immediately encompasses non-binary people, trans people, it can be anything. It’s all about the person and the attraction to an individual, not what kind of labels they have."

Myth five: ‘You have to have equal experience with both genders to be bi’

Neath says a lot of bisexual people battle "not being bi enough". She adds: "So someone like me, whose majority of relationships have been with men, it’s almost like I’m not really welcome in the LGBTQ+ community – if you haven’t been with 50/50 partners, then that means you’re not really bi enough and don’t qualify as being bisexual.

"People might go their entire lives without having a relationship with someone of the opposite sex, but they can still be bisexual. It’s all about their own identity and who they are." 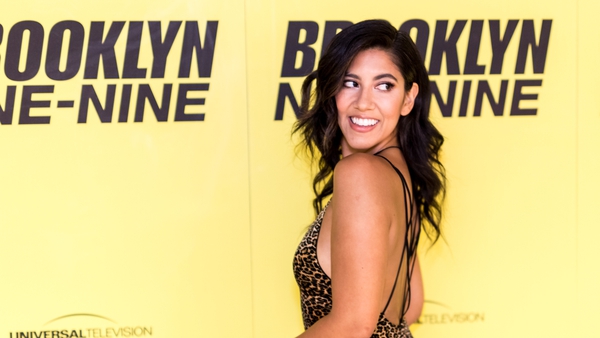 Stephanie Beatriz: "We are not defined by our sexuality"